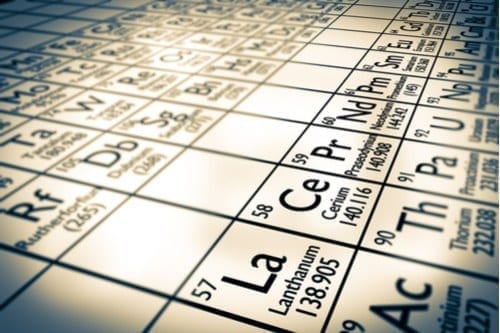 The company vowed to increase production at the site during Q1 and has kept pace with that promise.

Rainbow Rare Earths (LSE:RBW) reported a successful production ramp-up at Gakara, which allowed the company to sell 350 tonnes of concentrate during Q2.

The Gakara project in Burundi is Rainbow’s flagship asset and considered one of the highest-grade rare earth element mining projects in the world. The company vowed to increase production at the site during Q1 and has kept pace with that promise.

“A 180-percent increase in tonnes of concentrate sold from the previous quarter is a clear indication that there is strong demand for our Gakara concentrate, which is currently the only rare earths production from Africa,” CEOMartin Eales said in a press release.

During the three months that make up Q2, the rare earth explorer produced and exported 275 tonnes of concentrate, a 10 percent jump from Q1 2018. Despite production being affected by heavier than usual rains and road washouts in April, Rainbow was still able to increase output.

In June, mining rates at Gasagwe improved significantly, following implementation of an upgraded mine plan. Monthly concentrate production is now expected to increase by 50-100 percent above the levels achieved in the first six months of 2018.

“This has been a highly active quarter on the ground, evidenced by our expansion initiatives,” Eales added. “Phase 1 of our maiden exploration drill campaign was successfully completed during the period with exciting results, and with phase 2 already underway, we look forward to delivering a code-compliant resource by the end of the year.”

Rainbow commenced production of rare earth concentrates in the last quarter of 2017 and is currently in the process of ramping up to a targeted run rate of 5,000 tonnes per annum (tpa) by the end of 2018 and 6,000 tpa by the end of 2019.

A 10 year distribution and offtake agreement was penned last year with multinational ThyssenKrupp Materials Trading, securing the sale of at least 5,000 tpa of concentrate produced.

Work to develop two other areas within the Gakara mining license also advanced during the second quarter of 2018. The projects, dubbed Gasagwe and Murambi, are currently in various stages of exploration and testing.

“Additionally, we are delighted to have advanced our second mining area, Murambi, which mirrors Gasagwe’s mineralogy and exceptionally high grades (48-60 percent TREO) with almost double the strike length, with a view to commencing mining operations in early Q4 2018,” noted the press release.