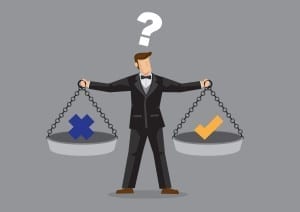 China puts out the largest global production of rare earth, but is expected to limit that by 2020.

Big changes are coming for the global production of rare earths as China announced on Tuesday (October 18th) its plans to limit annual mining.
In a release, the Ministry of Industry and Information Technology (MIIT) said the country will limit its annual mining of rare earth to just 140,000 tonnes by 2020–which will significantly impact the industry as China is the current power house in global rare earth production.
Last year, China put out 105,000 tonnes of rare earth–90 percent more than Australia’s 10,000 tonnes, which was second in global production.
That being said, illegal rare earth mining in China has been a problem for some time. As Reuters noted in February, the Chinese government announced it would be cracking down on illegal rare earth mining by implementing a system to confirm where the materials are coming from.
With Tuesday’s announcement of limiting rare earth production, the government made it clear it would continue investigating and apprehending anyone still involved in illegal mining–which includes processing or trading, and smuggling rare earth metals.
Over the last five years, approximately 14 illegal rare earth mines and 28 firms were shut down in China, in addition to the seizure of 36,000 tonnes of illegal rare earth products, according to the MIIT.
Still, it isn’t all bad news. A recent report by BMI Research did note that the Chinese government will carry on ramping up rare earth metal exports to regain control of its pricing policy, which means the US will continue to rely on China for 90 percent of its rare earth imports.
The MIIT also said it will work to improve efficiency across resource management and technological innovation over the next four years.
Don’t forget to follow us @INN_Resource for real-time news updates.
Securities Disclosure: I, Jocelyn Aspa, hold no direct investment interest in any company mentioned in this article.