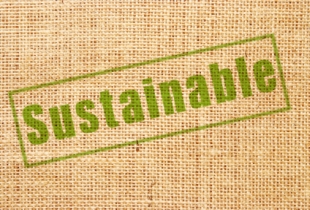 The initiative, first launched by the Mining Association of Canada (MAC) in 2004, represents a series of performance metrics aimed at bringing the actions and priorities of MABC’s members and the wider industry “in line with the priorities and values of Canadians.” The issue areas included in the evaluation of TSM’s performance elements and indicators have evolved since its initial 2004 launch, and currently include tailings management, Aboriginal and community engagement, energy and climate change, crisis management, health and safety and biodiversity. Each indicator is given a ranking between 1 and 5 (with the exception of the crisis management metric) and scores are aggregated to assign a letter grade to assess the company’s overall sustainability.

The performances of participating companies are published, beginning in 2012, through MABC annual reports. The company’s self-assessments are then subjected to an external evaluation by MAC’s Community of Interest Advisory Panel, consisting of Aboriginal organized labour, community and financial sector representatives. The aim of the external verification speaks to the spirit of the initiative which is to provide greater transparency and improved performance of the industry’s management systems within British Columbia.

Pierre Gratton, the ex-officio President and CEO for MABC noted that 2011 will be a “training year, or trial period” and that the TSM principles are not yet a condition for membership with MABC. The first year will introduce MABC members to the TSM process through the support of MAC-run seminars for interested firms.

The ‘Business Case’ for TSM

British Columbia is a logical destination for the TSM initiative’s expansion. The province is home to more than 50 percent of mining activity in Canada and the industry is eager for an opportunity to seek consolidation between interest groups, regulators and industry during the provinces’ current mining ‘renaissance .’ Such consolidation is said to add to a company’s bottom line. Specifically, TSM addresses a number of social, environmental and community issues as a means of improving performance and managing risk. MAC claims that indicator reporting on the six current TSM components will improve operator performance, provide increased transparency to access capital, aid in recruitment and retention of employees within a value-oriented company and provide companies with the ever elusive ‘social licence’ from the communities in which they operate.

Julie Gelfand, Vice President of Sustainable Development at MAC, likened the TSM mining principles to those of the Forest Stewardship Council (FSC) initiative within the forestry industry. TSM is “not just corporate policies”, Gelfand stated, as the initiative is a facility-based effort that has “tangible, on the ground” impacts in a company’s operations.

The geographical application of TSM standards in a company’s operations is limited, for the moment, to Canadian and BC-based projects. As many of the operators within Canada and British Columbia are joint-partners of internationally based firms, country-specific principles from other national initiatives are also applied when Canadian firms goes abroad. As such, it remains uncertain what role TSM will play at the international level. Numerous other industry-based sustainability initiatives (e.g. Global Reporting Initiative, Extraction Industries Transparency Initiative) also compete to inform and regulate the practices of mining companies.

However, Doug Horswill, Chair of MAC and Senior Vice President, Teck Resources Ltd, did point out that meeting or exceeding TSM’s highest rankings – AA and AAA rating, a ranking that some firms currently maintain – places these companies within the echelon of global leaders in corporate social responsibility. “We [Teck Resources]”, Horswill was quoted in the MABC press release, “now apply [TSM] to all of our Canadian and international operations.”

The list of participants includes many Canadian mining heavy-weights. Vale Inco (NYSE:VALE), Xstrata Canada (LON:XTA), Shell Canada Energy and Barrick Gold Corp (NYSE:ABX) are just a few of adherents currently operating within Canada. However, Gratton said that TSM processes are most attractive to “small and medium-sized operators” who are making the transition into larger-scale operations for the first time. It appears as though as companies are looking to TSM as a credible and comprehensive sustainability frameworks to inform their operations management and corporate policy in an effort to align with the future and current direction of business practices.

Visit the Towards Sustainable Mining for more information on TSM and the annual assessments of its participants.