World steel production is firming up, after a dismal performance in 2009. This can only mean good news for vanadium producers. 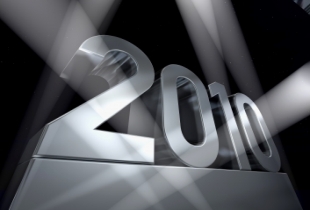 This week, there was more cheer for vanadium investors, albeit through the back door. Steel production in the world has started showing growth. This is positive news for vanadium.

Already, the price of ferrovanadium and other vanadium-based offshoots in the European markets has been steadily increasing from the first day of 2010. Those who have been following vanadium know how crucial the steel sector is for this minor metal. Vanadium is added to steel to give it strength.

Not only that, but even steel producers and vanadium mining companies have projected a better year for this sector. One such has come in from Crosshair, a dominant player in the exploration and development of uranium and gold in the US and Canada. Its flagship project, Bootheel, is located in uranium mining friendly Wyoming and with its in-situ mining potential.

This is what Stewart Wallis, president of Crosshair, had to say last week, “We are pleased to have consistently good results from our vanadium program. We are well on our way to significantly increasing our vanadium resource with the grades being encountered, as they are above our projected cut-off for the upcoming resource estimate.”

Crosshair’s vanadium resource expansion program has been planned with the goal of adding significant pounds of vanadium to the existing vanadium resource without further drilling. Given the fact that the previous drill programs on the CMB project focused exclusively on uranium, most holes were only sampled where uranium was encountered.

For this reason, approximately 4,000 metres of existing core needs to be sampled and assayed for vanadium, the company feels. The CMB Uranium/Vanadium Project is located in Labrador, Canada, and has four currently defined resources – C Zone, Area 1, Armstrong and Two Time Zone. Complete vanadium assay highlights are posted on the Crosshair website.

One of the countries that is reporting a gradual increase in steel production is South Africa. All Africa.com reported last week that SA’s steel industry looks set to benefit from the gradual recovery of the economy.

Credit insurer Coface SA steel analyst Justin Jacobs said although steel output dropped 16 per cent to 6,7-million tons last year compared to 8-million tons in 2008, the industry could look forward to a marginal rise this year. Although some companies were forced to downsize operations and implement survival strategies, they still managed to hold their own, he said.

All indicators point towards a recovery in the steel price this year, based on projected price increases in the raw materials used in its manufacture, electricity price increases, and an expected increase in demand for steel from the manufacturing sector. A global iron-ore price settlement, 10 per cent up on current prices, was expected from price negotiations between the major suppliers and consumers in the near future .

“There are already indications of stockpiling taking place by major steel manufacturers in anticipation of this year’s price increases,” Jacobs said.

Panzhihua New Steel & Vanadium Co Ltd posted a continuous growth for several days since January 2010 and was closed by 1.12 per cent at CNY 8.16 per share recently. Why is this significant?

Because the company eyed a full year profit loss of CNY 1 billion in 2009. In 2008, the company operating incomes stood at CNY 52.4 billion while declining to CNY 4.19 billion in 2009. Besides, it has successfully trial-produced 60D40 high speed railway track in H2 of 2009. And it also carried out products mix and strategy adjustments during the same periods.

Market analysts believed that Panzhihua New Steel & Vanadium has showed a sign of recover in the sector of annual performances.

After completing a combination of different leaching and roasting tests (47 in total) ORTECH was able to report test results indicating potential recoveries of approximately 90 percent for uranium, approximately 90 percent for molybdenum and about 70 percent for vanadium. “These metallurgical results are an excellent start which demonstrate that Continental’s MMS Viken deposit is not only of significant size, but that we have the potential for significant recovery of three valuable metals from the deposit”, stated Ed Godin, president and CEO.

Noront Resources Ltd (TSX Venture: NOT), a company focused on significant and multiple, high-grade nickel-copper-platinum-palladium, chromite, gold and vanadium discoveries in an area known as the “Ring of Fire”, an emerging multi-metals district located in the James Bay Lowlands of Ontario, Canada, has announced that it supported the actions of the Marten Falls First Nation (”MFFN”) at the Ring of Fire, located in the James Bay Lowlands.

MFFN had earlier announced that it was implementing a logistics halt, which will deny companies operating in the Ring of Fire, access to the ice landing strip at Kopper Lake. MFFN indicated that this denial of service, which MFFN undertook with the support of other communities in the area, would be in place for an indefinite period.

Noront said its policy from the beginning was to actively work with and communicate with the First Nations communities impacted by the company’s exploration activity in the Ring of Fire. Noront has been actively canvassing the local First Nations communities and the provincial government to initiate round table negotiations between industry, First Nations leaders and provincial government ministries to establish a long- term, viable development plan that brings the maximum benefit to most people of this mineral district.

Hebei Iron & Steel Group, the dominate shareholder of Tangshan Iron & Steel Co Ltd, has promised to inject the assets of its four subsidiaries into Tangshan Steel in three years.