High grade conductive brines with lithium values up to 538 mg/L were returned from high flow brines at a depth of 261m with low Mg/Li ratios.

These results over a series of horizons are similar to lithium brine horizons announced from the adjoining preproduction area, showing continuity with Ganfeng/Lithium Americas (LAC) and the Advantage Lithium (AAL)/ Orocobre joint venture that are attracting significant corporate transactions. Lake is clearly drilling in the same basin with similar brines, with even better results anticipated at depth (refer to ASX announcement 28 May 2019 for past results announced from adjoining projects).

These are preliminary results and larger samples will be collected once the hole is completed. The diamond drill rig is now below 290m, although drilling has been challenging requiring more time due to high fluid pressures. The target is a sand horizon estimated between 350-450m which has recorded higher lithium values and fluid flows in the adjoining project.

The latest results follow increased investor support for Lake, with the Company recently attracting approximately $2.7 million (before costs) in new funding from offshore and local sophisticated and professional investors (refer ASX announcement 11 June 2019). These funds will allow for an acceleration of drilling at Cauchari, to be followed by drilling at Lake’s equally prospective Olaroz project.

Current drilling aims to unlock value from this exciting project, which is growing in scale located immediately adjacent to a world-class brine project in pre-production in the Lithium Triangle, approximately 500m from the Ganfeng/Lithium Americas Cauchari project.

Commenting on the latest update, Lake’s Managing Director Steve Promnitz said: “Lake is on track to record a major discovery here at Cauchari, with results showing continuity of lithium brines from the major projects located nearby that are currently proceeding towards production. As we advance towards the target depth, these results auger well for improving success at depth, and later at the Olaroz project, where the Company has a 30km belt as an extension to the adjoining production area.

“Cauchari is rapidly gaining momentum as a highly valuable project for Lake, adding to our portfolio of 100% owned projects in the heart of the Lithium Triangle, including Olaroz and the world-class Kachi project. With talks progressing with potential development partners, we are in an excellent position to deliver increased value for shareholders.” 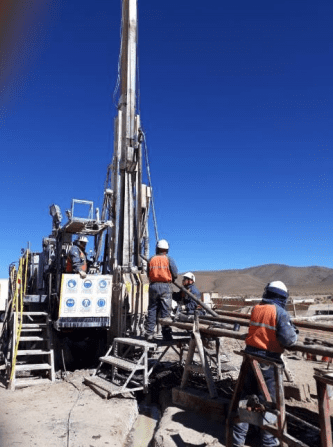 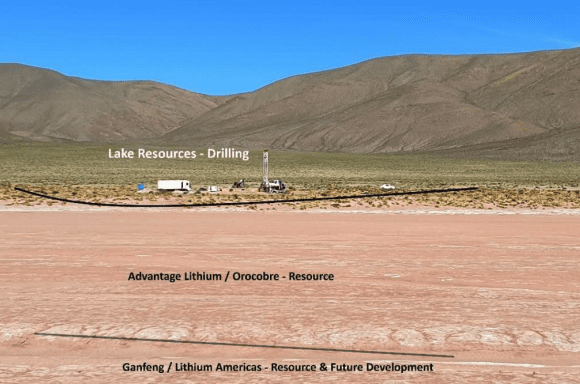 Figure 2: Location of LKE’s drill operations at Cauchari in relation to Advantage Lithium/Orocobre & Gangfeng/Lithium Americas leases. (Note: The marked boundaries are indicative only. Please refer to the detailed map). 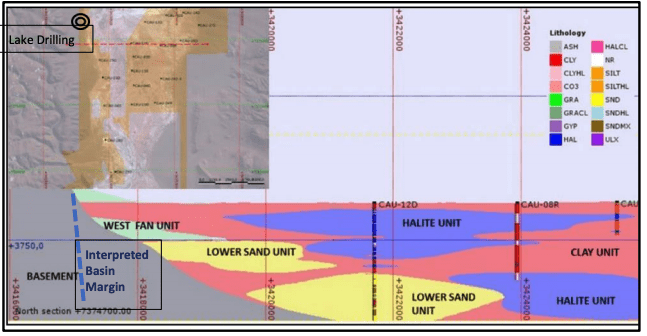 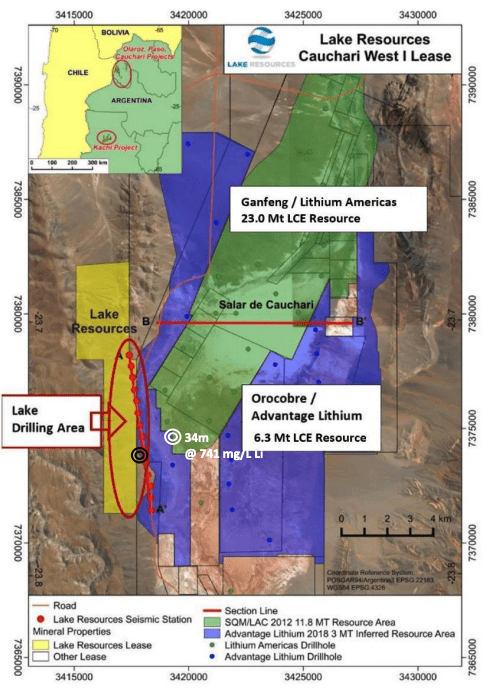 Lake Resources NL (ASX:LKE, Lake) is a lithium exploration and development company focused on developing its three lithium brine projects and hard rock project in Argentina, all owned 100%. The leases are in a prime location among the lithium sector’s largest players within the Lithium Triangle, where half of the world’s lithium is produced. Lake holds one of the largest lithium tenement packages in Argentina (~200,000Ha) secured in 2016 prior to a significant ‘rush’ by major companies. The large holdings provide the potential to provide consistent security of supply, scaleable as required, which is demanded by battery makers and electric vehicle manufacturers.

A direct extraction technique is being tested in partnership with Lilac Solutions, which has shown 80-90% recoveries and lithium brine concentrations in excess of 25000 mg/L lithium. Phase 1 Engineering Study results have shown operating costs forecast at US$2600/t LCE in the lowest cost quartile 2 . This process is planned to be trialled on site in tandem with conventional methods as part of a PFS to follow the resource statement. Scope exists to unlock considerable value through partnerships and corporate deals in the near term.

A new drill rig is being used to increase the depth capacity and speed at Cauchari. High grades and high flow rates have been reported over a series of horizons, similar to lithium brine horizons announced from adjoining pre-production areas under development. Results provide further confirmation of the continuity lithium bearing horizons and demonstrate that Lake is drilling in the same basin as adjoining world-class major projects. Better results are anticipated at depth. High fluid pressure have meant that conditions are challenging. This will be followed by drilling extensions to the Olaroz area in LKE’s 100% owned Olaroz leases. 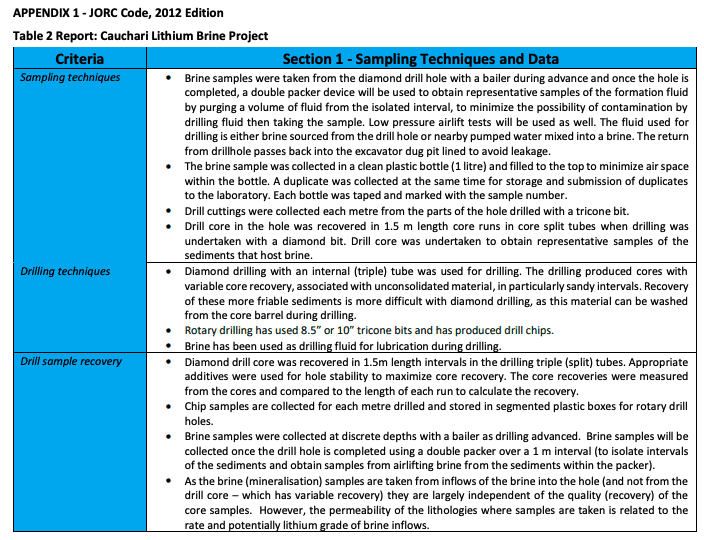 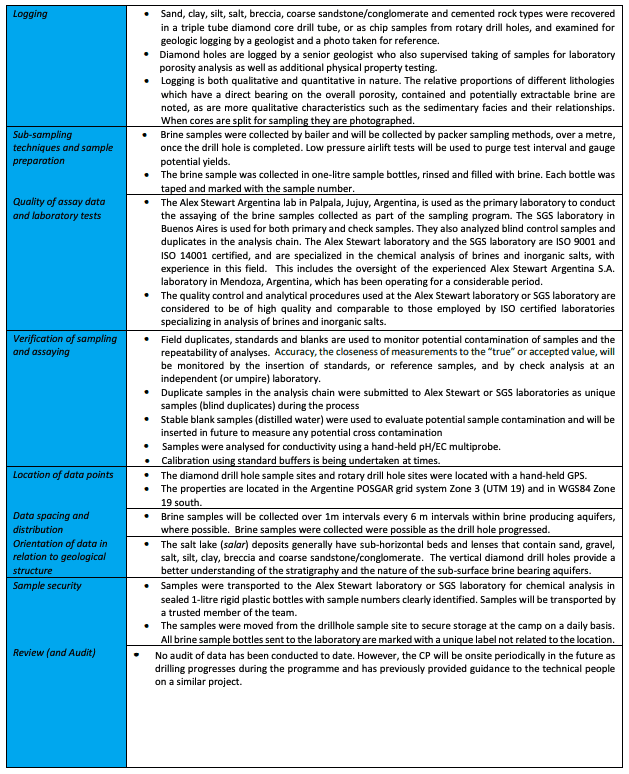 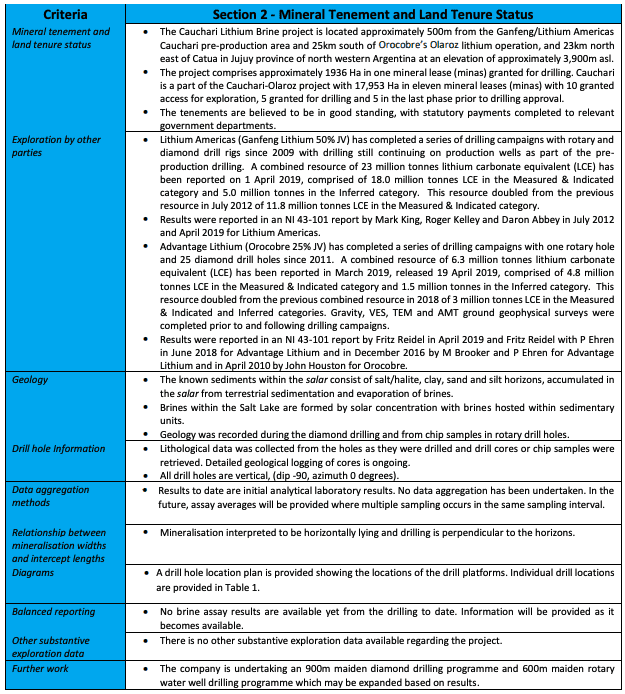 Click here to connect with Lake Resources N.L. (ASX:LKE) for an Investor Presentation.

One response to “High Grade Brines From Cauchari Drilling”