Cobalt prices have been rising since the end of August and hit an 8-week high on September 13. 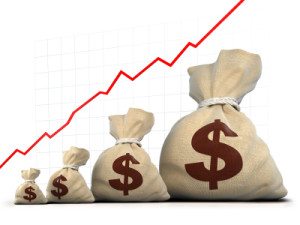 Cobalt prices are not what they once were, Metal Bulletin recently reported, but that doesn’t mean investors should consider the metal a lost cause. In fact, September has been treating cobalt fairly well.

Metal Bulletin notes in an August 30 article that the uptick was the result of expectations of rising demand in September. “Basically, it’s going up into September. People are starting to cover in for the end of the year. There’s a little more demand from our customers,” one consumer told the news outlet.

Metal Bulletin notes that a number of sources have said that their attention is now shifting toward long-term demand, “where interest has been particularly strong.”

Speaking of the long term, Glencore Xstrata (LSE:GLEN) recently revealed that it sees the cobalt market shifting from its current surplus toward a deficit in 2017, Metal Bulletin said. The mining giant reportedly sees global demand for the metal rising to 111,500 tonnes by that time, up from this year’s 88,100 tonnes.

Katanga Mining (TSX:KAT), which operates a large-scale copper-cobalt project in the Democratic Republic of the Congo, announced yesterday that Itamar Machado, its chief operating officer, has resigned. He will be pursuing other opportunities with Glencore Xstrata.

Global Cobalt (TSXV:GCO) enjoyed some time in the spotlight toward the end of August, when it began a fully funded drill and technical work program at its Karakul cobalt project in Russia. The company’s goal is to “validate the historic Soviet resources, expand the area included in the current mine permit and increase the metallurgical understanding of the project.”

Although Dundee (TSX:DC.A), which says it is Formation’s largest known shareholder, objected the last time Formation tried to sell the refinery, as yet there has been no word from the company regarding the current plan to sell.