With growing demand from the battery industry, it does not appear that cobalt will be entirely eliminated any time soon. 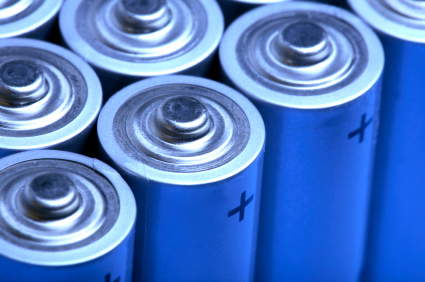 Researchers have been attempting to reduce the amount of cobalt used in batteries for years, but with growing demand from the battery industry, it does not appear that it will be entirely eliminated any time soon.

“They’ve been trying to get cobalt out of batteries for years,” said Scott Bending, of Formation Metals (TSX:FCO), a Canada-based cobalt mining company. “But every time they try to take it out, they end up putting it back in.”

Cobalt was part of the first generation of modern battery technologies. However, the technology was hampered both by the high cost of the mineral and temperature regulation issues – the lithium cobalt oxide battery would overheat, even resulting in the recall of HP and Dell laptops. Cobalt is also very expensive compared to other materials, which prompted researchers to investigate new combinations that would eliminate cobalt from the mixture.

“We see higher demand in battery growth, and some of the technologies being used have cobalt in them, but lesser amounts. So on a net basis, the growth isn’t as exaggerated as the growth in the battery industry,” said Jonathan Lee, a Battery Materials & Technology Analyst at Byron Capital Markets.

Lee says that although the demand for cobalt will increase over the years, with a projected growth of up to three percent, it will not meet the overall growth rate of the battery industry which is projected at being eight to ten percent.

Supply is also a concern when it comes to the use of cobalt in battery technologies. At the moment, the majority of world production originates as a by-product from mining operations in the African Copperbelt, and most of that from the often politically unstable Democratic Republic of Congo. Much of the metal is being bought by China, who surpassed the United States last year as the world’s largest importer, prompting the United States Department of Energy to list cobalt as a critical strategic material. The are companies looking elsewhere for cobalt, including Formation Metals and Puget Ventures, who are looking to become primary producers with properties in the USA, Canada, Russia and Mongolia.

“There is no primary mining of cobalt in the jurisdictions that declare it as a strategic metal: the United States, the European Union, Canada, and Japan don’t have a home base supply for that so we’re looking to provide that non-African supply of cobalt into the future,” said Mitchell Smith of Puget Ventures (TSXV:PVS).

2 responses to “Cobalt in Batteries – Diminishing but Not Disappearing”