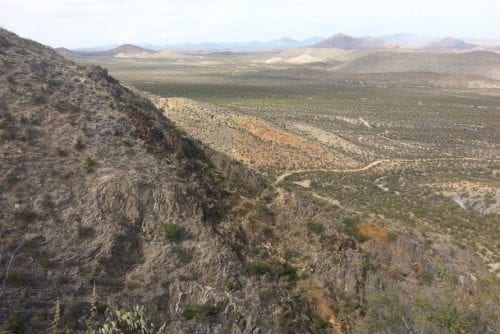 The Australian explorer turned miner has secured funding and offtake agreements for its Plomosas zinc project in Northern Mexico, allowing it to bring forward its production timeline.

In the company’s Wednesday (September 5) release, it said that the decision to fire the starting gun came hot on the heels of a processing and offtake agreement with local mining behemoth, Grupo Mexico (BMV:GMEXICOB).

Consolidated Zinc said that the agreement with Grupo Mexico means that it could commence production for a minimal start-up capital expenditure and fast-track first revenues from the Plomosas mine.

“The company is confident that the first cashflow can be achieved for a capital cost less than US$500,000 and the C1 operating costs are expected to be less than US$0.50 per pound  zinc after by-product credits,” it said.

The company also said it has secured a finance package of US$1.25 million through convertible notes, allowing the company enough working capital to proceed with mining until operations generate enough cash flow.

Mining will follow the schedule laid out in its August release, which stated that mining would proceed in 2018, with a stage 2 expansion planned for 2019.

To begin with, a mining subcontractor will mine 3,000 tonnes of high-grade ore in the first month, ramping up to 7,500 per month by the end of the year.

Ore from Plomosas will go through the Santa Eulalia plant in batches of 2,500 tonnes and the deal will be reviewed after the first month, and then annually from then on.

He added that he expected with mining operations commencing, the company could get comfortable and look forward to more exploration around Plomosas to increase its reserves.

“Recent exploration success has been significant and I anticipate that we will continue with more discoveries at Plomosas that will underpin CZL’s future. The opportunities and several targets have been identified and can now be funded.”

Plomosas is sitting on a stage one mineral resource of 20,400 tonnes grading 13.8 percent zinc and 2.4 percent lead in indicated resources.

The overall project has a mineral resource estimate of 1.17 million tonnes at 16.1 percent zinc and lead and 22.2 grams per tonne of silver for 189,700 tonnes of contained zinc and lead metal in both the indicated and inferred categories.

On the Australian Securities Exchange, Consolidated Zinc’s share price jumped up a hefty 75 percent on Wednesday, and was sitting at AU$0.014 by market close AEST.

One response to “Consolidated Zinc Snaps into Action at Plomosas”