By Leia Michele Toovey- Exclusive to Lead Investing News
As the global economy arguably trots down the path to a recovery, the metals are diverging in prices due to differences in their fundamental dynamics.  Lead was the second-best performer of the LME metals last quarter, coming in a few percentage points behind copper. Lead gained 27 […] 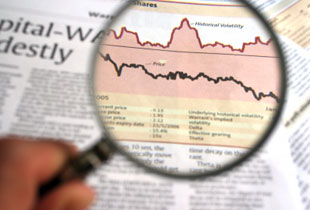 As the global economy arguably trots down the path to a recovery, the metals are diverging in prices due to differences in their fundamental dynamics.  Lead was the second-best performer of the LME metals last quarter, coming in a few percentage points behind copper. Lead gained 27 per cent in Q1, just short of copper’s 31.6 per cent.  A large oversupply in the zinc market meant miners were ruthless with output cuts.  Supply-side curtailments even before the worst of the price slump in Q4 left the market relatively well poised in terms of underlying supply-demand balance.

Copper and zinc are the base metals best positioned for a price retreat as demand rebounds, according to a report by Barclays Capital. In the latest edition of their Commodity Refiner report, analysts at the London-based bank write: “We expect copper and zinc prices to be the first and the fastest to rebound once demand improves.”

Chinese re-stocking has been the major story so far this year. No other country has stepped up to the table to issue comparable commercial restocking plans; if China stops buying, a rapid price retreat will ensue.  On the other hand, if the rest of the world starts buying in concert with China, than we can expect a rapid price escalation. What will the second-quarter bring? With all the volatility in the market place, few commentators are willing to issue long range projections.

In China, refined lead import volumes rose year on year to 20,944 tonnes, more than seven times the 2,824 tonnes imported in February 2008. The domestic price premium in recent weeks to London Metal Exchange prices reached $446 a tonne.  Zinc imports were up 743 per cent to 77,205 tonnes, driven by a $371/tonne arbitrage gap in favor of imports.

China’s 15 key lead and zinc producers witnessed a 91.05 per cent profit slump in 2008, according to the China Nonferrous Metals Industry Association (CNIA). The association said that the 15 key lead and zinc enterprises’ annual profit was merely 840 million Yuan last year, attributable mainly to the collapsing prices of lead and zinc since the end of 2007. In spite of the gloomy profit results, China launched construction of 480 lead and zinc mining projects, with total investment of 13.17 billion Yuan made in fixed asset investment, up 15.98 per cent on year. According to CNIA, the country is estimated to increase zinc and lead production capacity 400,000-500,000 tonnes last year, adding the total to more than 4.6 million tonnes.

GoldQuest Mining Corp. (TSX .V: GQC) has acquired all of the outstanding shares of Lundin Mining Exploration S.L. from its parent company Lundin Mining Corporation. Lundin SL holds a 100 per cent interest in the Toral Lead-Zinc-Silver Project located in northwest Spain and a second poly metallic project currently under application.

Through the acquisition of Lundin SL, GoldQuest has acquired a 100 per cent interest in the Toral Project which has a historical resource estimate of 5.4 million tonnes grading 9 per cent Zinc, 6 per cent% Lead and 45 g/t Silver.  These measures are not yet in accordance with National Instrument 43-101. GoldQuest plans to fast-track the Toral Project by initially converting the historic resource calculation to be NI-43-101 compliant

GoldQuest has acquired access to a large exploration database covering northwest Spain – a region with excellent potential for various styles of both precious and base-metal mineralization. On the recent acquisition, Alistair Waddell, President & CEO of GoldQuest, commented, “The Toral Project is an exciting low-cost acquisition in a mining and investment friendly jurisdiction which has potential to become a significant long-term asset for GoldQuest.  We will also undertake low cost exploration to explore the project for further tonnage. “

Following years of exploration efforts, China’s largest lead-zinc mine was recently discovered in Lanping Bai and Pumi Autonomous County of Nujiang Lisu Autonomous Prefecture in Yunnan Province.  Its lead and zinc metal reserves are over 15 million tonnes with a potential value expected to surpass 200 billion Yuan. Based on the current extraction speed, it can be mined for 100 years.  The lead-zinc mine is located 18 kilometers northwest of the county seat of Lanping Bai and Pumi Autonomous County, with a confirmed reserve of 15.4761 million tonnes of lead and zinc metal, and a combined grade of lead and zinc reaching 9.44 per cent.  Lead-zinc mines mainly adopt surface mining techniques therefore the extraction cost is low. Currently in Lanping, the surface mining capacity of oxidized ore is 1,500 to 2,000 tonnes a day, and that of sulfide ore is around 2,000 tonnes a day.