Swedish state-owned LKAB has enough confidence in the long-term prospects of iron ore to move 18,000 people to make way for a huge underground iron mine expansion. 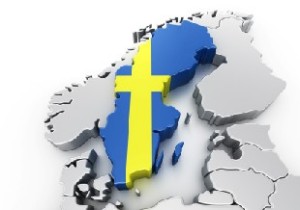 The demand for iron ore and coal — ingredients used in steelmaking — may be slowing in the key markets of China and Europe, but that isn’t stopping one of the world’s most historic and important iron mining jurisdictions from expanding production to meet market requirements.

Bloomberg reported that LKAB, Sweden’s state-owned mining company, plans to relocate, over several years, about 35 percent of the Arctic town of Kiruna, including two-thirds of the apartments and most of its 18,000 inhabitants, to make way for an expansion of the massive Kiruna iron ore mine — the world’s largest contiguous body of iron ore, and the largest underground iron ore mine. The new town will have basic amenities by 2017.

On Tuesday the company opened up a new level more than a kilometer below the town, but to access it, the people of Kiruna and many of the buildings will need to move a few kilometers away.

The subterranean work is expected to affect the stability of buildings on the surface.

“The move is of course crucial for the continuation of mining in Kiruna,” LKAB chief executive officer Lars-Eric Aaro told Bloomberg. “Being Sweden’s seventh-largest exporter and third-biggest taxpayer, in addition to the dividend we pay the state each year, this is a national matter.”

The first of a four-stage mine expansion began in 2008 and has so far removed nearly 4.3 million cubic meters of rock to make way for the main level, according to a press release from LKAB. The three remaining stages will be completed by early 2017. The expansion will allow the mine to output 35 million tonnes of crude ore a year and extend its life by 20 to 25 years.

Where is all that iron ore going? Asia is the likely destination. The demand for iron ore is expected to double over the next 18 years driven mostly by China’s and India’s appetite for steelmaking, according to a 2012 report by Raw Materials Group.

The fact that the company, and by extension the Swedish government, would move an entire town to expand a mine underscores the importance of iron ore mining to Kiruna, which is the fourth richest county in Sweden, and the country, whose generous social entitlements are the envy of the world, paid for in no small part by mining.

According to the town’s deputy mayor, reports Bloomberg, almost all (95 percent) of the residents support the move, since without the mine, the town would not exist.

“We’re in symbiosis and dependent on each other — the town was built because of the mine, otherwise no devil would have built a city here,” said Niklas Siren.

The residents must also understand the importance the mine brings to the region; LKAB produces 90 percent of the European Union’s iron ore, and its minerals account for over half (64 percent) of Sweden’s net exports, Bloomberg said. Incredibly, the huge disc of magnetite has been mined since 1900.

LKAB describes Kiruna as “a gigantic slice of pure, rich magnetite [that] plunges into the earth on a slant, 4 kilometres wide and 80 meters thick on average. LKAB knows that it reaches a depth of at least 1,500 meters, and there are signs that it continues to 2 kilometers.”

While Kiruna is the largest iron ore mine in Sweden, there are others being developed. Here are two iron ore projects in Sweden that have generated recent news for shareholders:

Sweden and Finland were named as the top two mining jurisdictions in the world in the Fraser Institute’s Annual Survey of Mining Companies, released in February.