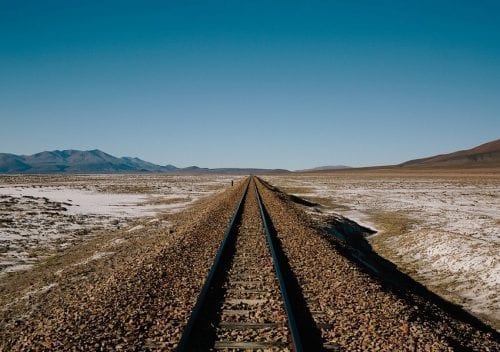 143 kilometers of railway will lead to a new iron ore mine in Western Australia’s Pilbara area. The company hopes it will allow it to maintain its position as a key exporter to China.

Australian iron ore miner Fortescue Metals (ASX:FMG) has approved a new project in the Pilbara to maintain its position as the world’s fourth-largest iron ore miner.

After conducting a feasibility study for the Eliwana project in Western Australia, the company announced on Monday (May 28) that it has decided to go ahead with the US$1.275-billion project, saying that the approvals process is underway.

Fortescue CEO Elizabeth Gaines said the project is important for the company and for Western Australia.

“Development of the Eliwana project will maintain Fortescue’s low cost status, providing us with greater flexibility to capitalise on market dynamics while maintaining a minimum 170 million tonnes per annum production rate over 20 years,” said Gaines.

She added, “[t]his project allows us to commence the supply of Fortescue premium product (60 percent iron grade) to the market from existing operations in the second half of FY19 with volumes increased as Eliwana ramps up to full production.”

The company said that it expects the Eliwana project to be complete by 2020. Production would commence in December of that year, with a target of 30 million tonnes of ore before processing per year.

Iron ore miners have been debating the merits of higher- and lower-grade iron ore in light of changes in Chinese laws on steel mills and production designed to limit pollution. Fortescue competitor BHP Billiton (ASX:BHP,NYSE:BHP,LSE:BLT) believes higher grades will be required to attract Chinese buyers.

As part of construction at Eliwana, 143 kilometers of rail will be added to the company’s already existing 620-kilometer network, which services its three operational mines in the region, connecting them to Port Hedland on the Indian Ocean.

Eliwana is considered by the company to be a replacement for its Solomon Hub Firetail operation, which lies to the west in the Hamersley Ranges. Eliwana is important for the company to maintain its exports as the older mine becomes depleted.

Fortescue’s existing assets in the Pilbara will be redeployed to Eliwana as construction ramps up. Funding costs for the project will be split over three years, with the majority of expenses occurring in the 2020 financial year at US$760 million. US$165 million will come from the 2019 financial year and US$350 million in the 2021 financial year.

According to the company, 1,900 jobs will be created during construction, and there will be 500 full-time positions on site once the mine and related infrastructure is operational. The currently underway approvals process includes two public environmental reviews and a mining proposal.

Details on the Eliwana project and its reserves and resources will be released as part of the company’s annual integrated reserve and resource report, due for release in August.

Fortescue recently celebrated 1 billion tonnes of iron ore shipments over 10 years. The company has benefited from the iron ore-mining boom in Australia as one of the key exporters to China.

On the Australian Securities Exchange Fortescue Metals was trading slightly down on Monday, falling AU$0.04, or 0.88 percent, to AU$4.5.

9 responses to “Railway to Riches: Fortescue Commits to Eliwana Iron Ore Mine”