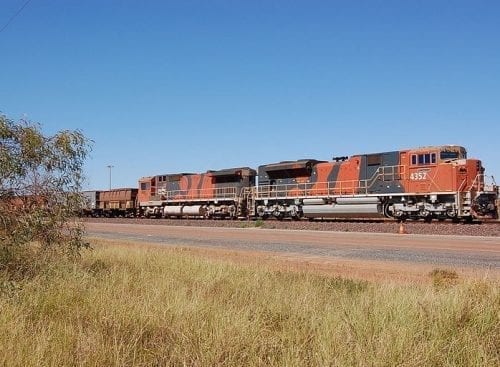 BHP has committed US$2.9 billion to the South Flank project to replace the existing 80-million-tonne-per-annum Yandi mine that’s reaching the end of its life.

Iron ore giant BHP Billiton (ASX:BHP,NYSE:BBL,LSE:BLT) is set to retain its position as one of the world’s largest producers of the vital base metal.

In an announcement on Thursday (June 14), the company said its board has given the go ahead for US$2.9 billion to be sunk into the South Flank project in the Pilbara region of Western Australia.

According to the company, South Flank will replace the Yandi mine, also in the Pilbara, as the older mine reaches the end of its life.

“South Flank is a capital efficient project which offers attractive returns, and which was approved following a thorough evaluation under BHP’s capital allocation framework,” said the head of BHP’s operations in Australia, Mike Henry.

“The project will create around 2,500 construction jobs, more than 600 ongoing operational roles and generate many opportunities for Western Australian suppliers. It will enhance the average quality of BHP’s Western Australia iron ore (WAIO) production and will allow us to benefit from price premiums for higher-quality lump and fines products,” he added.

The South Flank project will require the expansion of existing infrastructure at Mining Area C, one of the five mines operated by BHP in the region.

The task ahead is a mammoth one; the company will construct (among other things) an 80-million-tonne-per-year crushing and screening plant, an overland conveyor system, a stockyard and train-loading facilities. It will also procure a new mining fleet and perform substantial mine development and prestrip work to bring South Flank online.

According to BHP, it hopes for the new mine to be producing first ore by 2021, and for it to continue producing for another 25 years.

Last year, the company proved it was serious about maintaining its iron ore production by spending US$184 million in an initial funding commitment for South Flank.

The Yandi mine, which South Flank will be replacing, first started operations in 1992, and produced 80 million tonnes of iron ore per year, with 65,355 million tonnes going to BHP, which has an 85-percent interest in the mine.

On the Australian Securities Exchange on Thursday, shares of BHP were trading up slightly at AU$33.38.

7 responses to “BHP Lines Up Iron Ore Replacement Mine”