Iron ore prices hit record highs in early 2011, only to fall in the second half of the year on reduced demand steel demand for China. Nonetheless, iron ore producers seized the opportunity to invest in the expansion of their current iron ore projects across the globe. 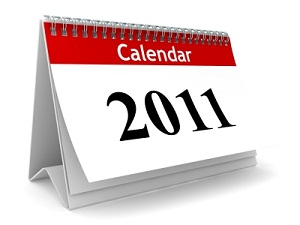 2011 was a challenging year for iron ore producers. The start of the year saw prices for iron ore rise to record levels only to fall dramatically. Despite China’s economic growth, demand for steel faltered.

Though iron prices have fallen, many large mining firms have invested billions of dollars to expand existing deposits and bring new massive projects online. With the increased investment in expansion, iron ore producers are hoping for a strong future in the steel market.

For the past few years China, the world’s largest consumer of iron ore, has had an almost insatiable appetite for steel. Steel production grew alongside the nation’s GDP and the double digit growth helped the price for iron ore to hit record levels of $193 per tonne in mid-February. In May, China’s crude steel output hit a record of 60.25 million tonnes, as mills tried to keep up with high demand from large scale infrastructure projects and the housing boom.

A slowing Chinese economy and higher than projected rise in inflation rates has depressed China’s demand for steel.

In an effort to control inflation, the PBOC raised interest rates multiple times over the course of the year. The higher interest rates slowed the demand for steel because many large infrastructure projects struggled or were put on hold due to a lack of capital. For instance, investment in railways in China fell by nearly 30 percent in the first eleven months of the year.

The slowdown in China has reduced steel output, putting pressure on iron ore prices. In late October, prices fell to the $120 per tonne level. Prices have made a recovery since then, up to $134-$136 per tonne due to Chinese mills restocking.

Some of the world’s largest mining firms invested billions of dollars to increase iron ore capacity. Multiple world class iron ore projects were either expanded or moved closer to production in 2011. This can be viewed as a good sign that the future of the iron ore market will be strong.

The prolific Pilbara mining district in Western Australia has been the subject of increased expansion by iron ore mining companies looking to boost their annual production capacity. ASX-listed Atlas Iron (ASX:AGO) is looking to expand its capacity to upwards of 22 million tonnes by 2015. The company is already on track with its target to ship 6 million tonnes of iron from its Pilbara project.

In November, Atlas acquired 90 percent interest in the Corunna Downs direct shipping ore (DSO) project from Gondwana Resources Ltd. (ASX:GDA), located in the region’s north. The company hopes that the Pilbara region project will increase the company’s entire iron ore production base from 15-million tonnes a year to 46-million tonnes a year.

Also expanding its iron ore interests in Western Australia is mining giant Rio Tinto (NYSE:RIO). The company currently operates 13 mining sites, a rail network including three shipping terminals and two ports in the Pilbara district. Earlier this year, Rio Tinto approved an investment plan of $833 million to expand the annual capacity in the region to 333 million tonnes by the first half of 2015.

Also attracting interest from mining giants is the Gulf of Guinea, which in the last year has gained around $10 billion in investment from BHP Billiton (NYSE:BHP), Rio Tinto, Vale (NYSE:VALE) and Chinalco. The region, according to the USGS, could eventually produce up to 10 percent of the world’s iron ore.

This year, Nigeria, well known for its oil production, announced that it is looking to diversify its natural resource base by expanding into the iron ore market.

Energio Ltd. (ASX:EIO) has also been exploring Nigeria for iron ore deposits. The company stated that early scoping studies identified a 100 million tonne per year open cut mining operation is possible. However, the JROC resource estimate is not due until the second half of 2012.

I, Michael Montgomery, hold no direct investment in any company mentioned in this article.