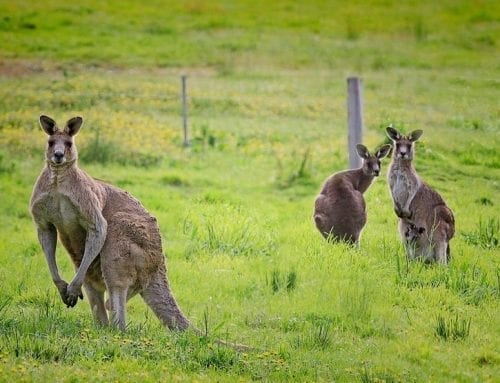 Minerals bodies across Australia have congratulated the new prime minister while stressing the need for stability for the resource sector.

Australia’s new Prime Minister Scott Morrison is the sixth leader of the land down under in 10 years, with former Prime Minister Malcolm Turnbull removed from the top job by his own party following a conservative “insurgency” over the course of a week.

The latest bout of political upheaval in what has become known as the land of the bloodless coup has miners across one of the world’s premier mining destinations gently encouraging politicians to not do that again.

The council, which is Australia’s top mining lobby group, strongly implied that it would like the government to return to matters at hand that it wanted to talk about, like “a competitive investment environment and less red tape” instead of engaging in anything like the last week in Australian politics, wherein the government was consumed by infighting and not actually running the country.

Top mining and energy bodies in the two primary mining states — Queensland and Western Australia also piled on, although mostly with praise for Morrison.

“Scott Morrison knows what makes regional Queensland tick, and he understands the importance of our most valuable industries — like resources,” said Queensland Resources Council chief executive Ian Macfarlane, who himself is a former member of the governing Liberal Party.

“In recent times we’ve seen him make several visits to some of our resources heartlands in Central and North Queensland. And we know he’s a fan of the coal industry, which he proved on the floor of Parliament,” he said, adding that Morrison’s previous position as federal treasurer meant he knew the value of the resources industry.

The Chamber’s release still heaped praise on Morrison on his promotion, before elaborating on its title at the end by urging “both sides of politics to return its focus to securing Australia’s economic future.”

Chief executive of the chamber, Paul Everingham, said: “The resources sector thrives on political certainty and I encourage all political parties to return their focus to the development and implementation of sound economic and social policy.”

Australia is widely regarded as one of the world’s premier mining destinations, with resources exports accounting for 53 percent of all exports in 2017, according to the Minerals Council of Australia.

Overall, the markets were mostly unmoved by shenanigans in Canberra, with Australians pretty used to waking up to a new Prime Minister since it became a national pastime for governing parties to knife their own leaders in 2010 — a process that has now been repeated 4 times.

2 responses to “Australian Miners Tell Canberra: Get on with Your Job”