After months of lackluster prices and sluggish sales, increasing farmer incomes are inciting hope for a phosphate market rebound. 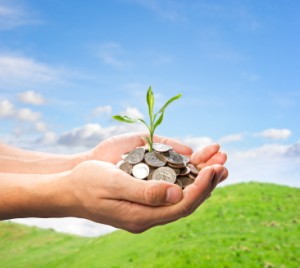 Demand for phosphate-based fertilizers has dropped off over the past month, but hope is returning to the slumping market as soft commodity prices and farmer incomes rise.

A summer of drought and heat in key US and European markets has pushed phosphate and fertilizer demand downhill; despite declining crop yields and rising food prices, farmers are reluctant to make large purchases.

Phosphate demand was strong at the beginning of the 2012 planting season, which saw record corn sowings alongside extensive efforts to recoup falling global food stock levels. Diammonium phosphate (DAP) prices during this period rose from US$500/ton (FOB US Gulf) at the end of Q1 2012 to $560 to $575 per ton at the end of the second quarter, according to Russia-based phosphate producer PhosAgro.

But demand support was short-lived as heat and sparse rain dominated weather forecasts for the Midwestern US and key agricultural areas of Western and Eastern Europe. Phosphate fertilizer demand support from India — the world’s largest consumer of DAP fertilizer — was also delayed and weaker than expected after key subsidies were removed by the Indian government and a devalued rupee made foreign-sourced fertilizers costly.

During this period, phosphate producers charted mixed sales and profits.

Net profit at PhosAgro (MCX:PHOR) — the world’s second-largest phosphate producer — fell to 10.8 billion roubles ($353 million) in the first half of 2012, better than analysts had predicted. Sales of phosphate-based fertilizers increased by 7 percent in H1, compared to the same period in 2011, and hit 2.123 billion tonnes.

PhosAgro CEO Maxim Volkov said that the company was able to “sustain a solid EBITDA and decent profit position despite the lower global phosphate pricing environment due to our flexible production and sales models.”

But with crop harvests beginning in the northern hemisphere, low expected corn and soybean yields are continuing to buoy crop prices and farmer incomes.

Despite the near summer-long run in key grain crop prices, farmers are reluctant to make significant purchases until application periods are closer. But news of strong farmer incomes and continued positive crop prices have left analysts confident that farmers will begin to purchase fertilizer.

Recent data released by the USDA forecasts that farmer net cash income will increase to nearly $140 billion in 2012, up from $134.7 billion in 2011. The USDA data shows that the high income is primarily a product of the large crop price increase experienced over the last few months, despite an increase of 6.6 percent in farm expenses over the same period.

Analyst guidance along those lines is giving greater credence to company forecasts, which anticipate a brighter future for fertilizers in 2013.

CF Industries Holdings (NYSE:CF) expects the sales decline to be temporary and forecast “high” plantings of corn in 2013 in its August release of its second quarter earnings.