In evidence that the market is staring to turn around, Potash Corp. of Saskatchewan, the world’s top potash producer, aggressively hiked its earnings forecast for the current quarter. Potash’s move sent a ripple affect through all North American Producers. 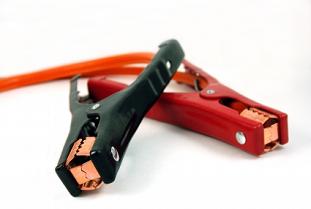 The numbers are in from February, and after dropping for the second straight month, global potash inventories are now 16 per cent below their prior five-year average. Total inventories are now sitting at about 2 million tonnes, equivalent to approximately a month and a half supply of potash for the world.

Throughout the recession, stockpiles climbed as low crop prices and a lack of capital forced farmers to skip fertilizer applications. Roughly 93 per cent of global potash production is used as fertilizer. With the spring planting season just underway, supplies are bound to tighten.

In North America, inventories have now fallen for a fourth straight month. North American potash inventories remained well above the historical average through the course of 2009 as producers were reluctant to lower potash pricing, despite a sharp decline in demand. Potash traded at about $150 a tonne through the first half of the last decade, but the price soared to more than $1,000 a tonne at the height of the commodity boom in 2008.  Potash bottomed out during the recession, hitting $350 per tonne at the end of December 2009. Currently, potash prices in the U.S. have edged up to $425-$450 per tonne.  The key price point for the crop nutrient is $450  – one that is still affordable for farmers, yet profitable for producers.

In evidence that the market is staring to turn around, Potash Corp. of Saskatchewan, the world’s top potash producer, aggressively hiked its earnings forecast for the current quarter.  Last Friday, Potash Corp increased its earning forecast to $1.30-$1.50 per share, up from its previous prediction of $0.70-$1.00 per share.  Analysts have estimated earnings of $0.94 per share.  What was the reason for the move?  “Strong farmer returns, a depleted distributor pipeline and the agronomic need to replace soil nutrients have kick-started potash rebound from 2009 lows,” said Potash Corp president and chief executive Bill Doyle. “While we know that growth does not follow a straight upward line, we believe the increase in potash sales volumes this quarter represents the beginning of a return to long-term growth in demand.”

Potash’s move sent a ripple affect through all North American producers.  Just after the announcement was made, shares of Agrium jumped 7.7 percent, shares of Potash One gained 3.5 percent, while shares of Intrepid Potash surged 11.2 percent to hit $31.65.  Analysts are in agreement with Potash Corp’s rosy outlook. One analyst from RBC capital claimed, “the rebound in potash demand appears to be happening a little more quickly than we had originally anticipated.”

The past year has been one of fast moves when it comes to mergers and acquisitions.  The embattled potash sector encouraged many big miners to gobble up juniors and look into expansions while prices were rock bottom.  The latest development involves Agrium Inc. (TSX:AGU), who has decided to walk away from its hostile pursuit of U.S. nitrogen producer CF Industries Holdings Inc, which enabled CF Industries to move forward its tie up with Iowa-based Terra Industries. On Friday, CF announced a US$4.7-billion merger deal with Terra Industries Inc, which had refused to tie up with CF since January of 2009. After being courted by Norwegian company Yarra, CF sweetened its offer to Terra and a deal was signed.

Rumour has it that Terra was reluctant to tie up with CF because they felt that the company was being opportunistic by offering to purchase while share prices were at their rock bottom.  By continuing to pursue, even as a rebound occurred, Terra was willing to join forces. Meanwhile, CF said its merger with Terra will create the second-largest nitrogen producer in the world.

On the other hand, Agrium is not crying over spilled milk, claiming that there are plenty of other opportunities out there and that they offered CF a premium.  According to the CEO ,“Too many companies get caught up in deals and overpay. We’re a very disciplined company. We’re not disappointed. We did the right thing for our shareholders.”

Moving forward, we can expect M&A activity to quiet down with many deals that we knew were in the works concluded; and the climb of potash prices and share values making deals less economical.