The underlying structure of the potash market is changing to reflect the new world economy, but one thing will stay the same; people need to eat. The long-term fundamentals of the potash market are supported by increasing populations around the world, and decreasing arable land. 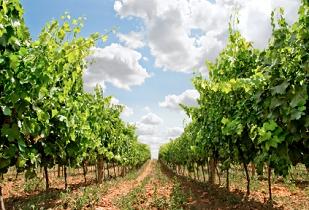 Potash prices have tracked the boom and bust in the financial markets over the past two years as investors rushed into the agricultural stocks, and then later abandoned them. The underlying structure of the potash market is changing to reflect the new world economy, but one thing will stay the same: people need to eat. The long-term fundamentals of the potash market are supported by increasing populations around the world, and decreasing arable land. In the near-term, the industry is banking on pent-up demand from farmer’s who last year held back on potash use, speculating on a decline in fertilizer costs while suffering from low grain prices.

For the future, the world’s population growth will be centered in developing countries, where crowded conditions and limited arable land will put extra pressure on the local resources.  India, China, and Brazil are new world leaders in terms of the future potash market. During 2009, China was one of the first countries to see a decline in potash consumption on the back of record high prices in 2008. India, on the other hand, continued to purchase potash, making it the largest consumer in 2009. The country’s potash purchases were virtually unaffected by the financial crisis as a result of a government subsidy on fertilizers. India is completely reliant on imports, and the country has purchased record amounts of the crop nutrient throughout the economic crisis.

The sector will get an unexpected boost from Canada, as a mild spring has led the country to plant a record crop of nutrient needy canola. In Canada, the world’s number six wheat producer and top canola exporter, warm April weather and timely rains make a rebound in fertilizer demand more likely, officials say. “Because most of the country is out of the gate planting crops earlier, there’s general optimism that this is the season to make your investments and, therefore, drive a stronger yield.” Farmers intend to plant a record 16.9 million acres of canola this spring, according to Statistics Canada. However, many traders and analysts think that area will be even bigger. Canola is a large user of nitrogen, but also requires more phosphate and potash than wheat.

Russia’s anti-monopoly agency (FAS) said last month it would support proposals to impose an 8.5 percent export duty on potash as a result of rising pricing on the domestic market Russian potash miner Uralkali’s president Denis Morozov sais such a tariff would seriously affect his company’s ability to compete in the global market “All in all, introducing a tariff would, of course, be a serious blow to our competitiveness on the global market, and it will have negative reverberations not only on the attractiveness of investing in our sector, but in the country as a whole.” Morozov also rejected the suggestion that the tariff would boost domestic sales since they account for only 5-6 percent of total production by Uralkali and its rivals.The FAS added that a final decision would be taken by a commission of first deputy Prime Minister Igor Shuvalov.

K+S has increased its expectations for potash sales in 2010, as the company revealed that it got off to a stronger start than anticipated. The fertilizer company lifted its outlook to 50 million tonnes, up from its previous expectations of 45 million tonnes, noting that brisk sales to wholesalers reflected demand from farmers rather than restocking. “Demand for fertilizers, and in particular for potash fertilizers, should increase significantly,” the group said.