Potash is taking its time to jump aboard the commodity rebound. The most recent deal for potash was settled between Canpotex and China to sell the crop nutrient for $370 per tonne, just $20 per tonne more than what the crop nutrient was fetching six months ago. 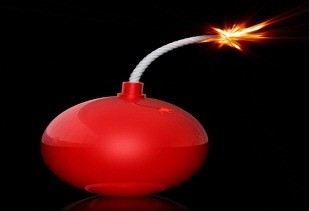 Potash is taking its time to jump aboard the commodity rebound. The most recent deal for potash was settled between Canpotex and China to sell the crop nutrient for $370 per tonne, just $20 per tonne more than what the crop nutrient was fetching six months ago. Canpotex will supply state-owned Sinofert 70,000 tonnes of potash, a deal worth $26 million.  Potash’s peak price is $1000 per tonne- a value hit in 2008, a price that Potash Corp of Saskatchewan’s CEO is confident will be surpassed sooner, rather than later.

Despite the slow recovery, Saskatchewan’s potash industry is still pumping a great deal of capital into the region. Potash Corporation of Saskatchewan (NYSE:POT), The Mosaic Company (NYSE:MOS), and Agrium Inc. (NYSE:AGU) are investing approximately $8.4 billion to increase their total production capacity by 15.44 million tonnes by 2020. This investment will raise their total production capacity to about 36.3 million tonnes, an increase of about 75 percent over 2004 values. When this goal is met, the three companies together will hold 50 percent of the world’s potash production capacity.

Potash Corp is investing about $4.8 billion in its Lanigan, Rocanville, Allan, Cory and Patience Lake facilities, while Mosaic is spending about $3.2 billion at its Esterhazy, Belle Plaine and Colonsay locations. Agrium recently  upgraded annual capacity at its Vanscoy mine by 18 percent and is currently looking into an additional expansion at Vanscoy and a new mine near Yorkton.  World-class miner BHP Billiton is spending millions of dollars investigating potash mining opportunities in Saskatchewan.

Meanwhile,  Russian billionaire Mr. Rybolovlev is looking to sell control in potash miner Uralkali (URKA RX.) Uralkali accounts for over 30 percent of global potash sales; Rybolovlev holds a 65.6 percent stake. The reason for Rybolovlev’s liquidation is unknown, however, as the news hit the stock market Uralkali’s shares rallied on hopes the move would ease political risks around the company. Shares in Uralkali jumped 11.5 percent in London as analysts said the Kremlin would allow only a loyal tycoon or a state firm to buy the company in a move that would help ease tensions with the government over a mine flooding.  Uralkali has paid $250 million to compensate for the collapse of its Soviet-era mine in the Urals mountains in 2006 instead of the several billion first threatened by Deputy Prime Minister Igor Sechin. Global mining companies such as Potash Corp, Vale or BHP Billiton could be interested in the stake but would be barred for political reasons.

Vale (NYSE:VALE), the Brazilian mining company pushing into potash, said on Thursday that the $1.03 billion purchase of Mosaic’s stake is likely to be concluded soon.  This move is part of the company’s overall strategy to acquire more potash assets and diversify its revenue stream away from metals and minerals. Vale’s growing bets on fertilizer are part of a plan to benefit from rising global food consumption and agricultural output in South America and Asia. Early in 2009, Vale spent $850 million on the purchase of potash assets in Argentina and Canada. Vale CEO Roger Agnelli recently indicated Vale is interested in smaller acquisitions and that he hopes to achieve the company’s long-term growth goals through organic projects where he sees the best value. Among the assets that Vale bought from Bunge are phosphate rock mines and phosphate assets and a direct and indirect stake of 42.3 percent in the capital of Fosfertil. Vale plans to buy out the remaining 0.2 percent stake of Fosfertil held by minority shareholders in a tender offer that will be filed in coming weeks.