Potash Investing News examines 2014 and sees what 2015 has in store for those operating in the potash market. Overall, Spencer Churchill, an analyst with Paradigm Capital, envisions supply and demand staying relatively steady into next year. 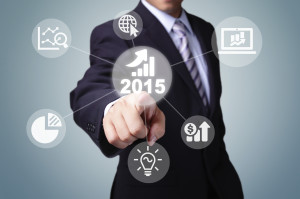 Despite an early drop to $287 per ton from the January level of $320, potash prices have stayed relatively calm this year, fueling interest in next year’s outlook.

Here Potash Investing News takes a look at what investors and analysts have seen this past year and what’s in store for the future.

Niall Murphy with Potash Ridge (TSX:PRK) said the market has been somewhat depressed for muriate of potash (MOP) versus sulfate of potash (SOP), and in turn that has affected companies across the potash market.

“The impact of weak capital markets for resources was compounded somewhat by the depressed market for MOP, which we believe impacted our perception in the marketplace as a potash development company. As a result, one of our primary goals for 2014 was to aggressively educate the market on the merits of SOP as a more favorable product than MOP, given its premium quality and the fundamental supply deficit in SOP markets today,” he wrote in a statement.

Murphy said the lack of capital for companies to take advantage of, as well as the cautious state of the Canadian marketplace and investors, has proven challenging for resource companies.

Even so, it’s been a far quieter year than 2013, which saw the Russian potash trading cartel blown up by Uralkali (MCX:URKA). Uralkali also made the news recently following sinkhole and flooding issues at its Russian mine, prompting speculation that potash prices could rise.

“The big drop in grain prices was a bit of a shock — but luckily fertilizer pricing had come down sufficiently in advance so that the volume impact wasn’t material; the recent flooding of Uralkali’s mine was a curveball the market has yet to fully understand,” said Spencer Churchill, an analyst with Paradigm Capital.

The fate of potash appears to be intrinsically linked to that of oil. That’s because potash is connected to corn, which in turn is tied to oil. Lower oil prices can negatively impact corn, harming the use and demand of potash.

He envisions supply and demand staying relatively steady, with prices climbing slightly higher depending on how drastic the shutdowns at Uralkali are.

“The Chinese contract early in the year is a big catalyst, setting the tone for prices — a 10-percebt increase is expected; anything less would be considered a disappointment,” he said.

In terms of company news on the horizon, IC Potash (TSX:ICP) hopes to know by the third quarter of 2015 when work on its potash mine will start. Meanawhile, Potash Ridge expects its feasibility study to take roughly 12 months to complete, and will file its last remaining major permit within that time.