Potash has attracted a lot of attention from analysts since the nutrient rose from relative obscurity, worth around $150 per tonne, to a hot commodity that rapidly rose to hit $1000 per tonne. As the price of the crop nutrient skyrocketed, some bold investors profited handsomely. 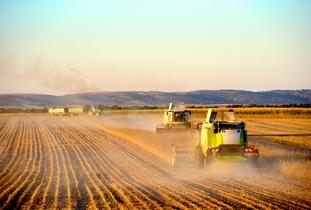 Potash has attracted a lot of attention from analysts since the nutrient rose from relative obscurity, worth around $150 per tonne, to a hot commodity that rapidly rose to hit $1000 per tonne.  As the price of the crop nutrient skyrocketed, some bold investors profited handsomely.  Now, since the recession hit, the values of potash producers stock and the nutrients selling value did in fact suffer, but fortunately the interest in potash investing has remained.

Potash has been slow to rebound; however, on the positive side of things it has not been subject to the recent volatility that other commodities such as copper have witnessed. Still, though, the investment community remains divided on whether or not potash stocks are a good investment.

UBS Securities was the most recent investment firm to state its opinion on the potash market. The Swiss firm upgrade shares of Potash Corporation of Saskatchewan (NYSE:POT) from neutral to buy, citing strong market fundamentals. Analyst Brian MacArthur believes crop prices could improve further, “especially if China emerges as a substantial importer,” or if demand for corn increases among ethanol producers, according to a research report by the analyst on Wednesday.

BHP Billiton Ltd., (NYSE:BHP) the world’s biggest mining company, said it expects potash prices will be high enough to allow for development of new mines in Canada. “We’ve had a long-term view on price for a period of time that supports the projects we’re talking about,” Graham Kerr, the Australian company’s president of diamonds and specialty products, said today at a conference in Toronto. BHP is studying development of potash reserves in Saskatchewan, where it forecasts that production from its proposed Jansen mine may begin in 2015. BHP  is leaning toward development of its own potash reserves rather than acquiring a producer, Kerr said at the RBC Capital Markets conference. BHP plans to decide by late 2011 on whether to proceed with construction of Jansen.

Still, many analysts are not on board with what current, and future, producers are saying. Many fear jumping on board, claiming that persisting economic concerns in debt stricken Europe will hold back the nutrient from rallying.

Just a week after Dmitry Rybolovlev’s announced his intention to sell his controlling stake in Russian Potash producer Uralkali, a potential buyer has stepped forward, Suleiman Kerimov. Mr. Kerminov is reported to be in talks to buy all, or the majority of, Dmitry Rybolovlev’s stake in Russia’s number two potash producer Uralkali. The current market capitalization of Uralkali is US$8 billion.

Europe’s biggest potash producer is considering selling its home and garden fertilizer unit, and directing all of its attention into potash and salt. K+S AG, (Xetra: xe:SDF) said in a statement, that the home and garden fertilizer industry is highly competitive, and fragmented. By selling this unit, the firm would be able to focus on its potash and salt business.  The Kassel, Germany-based company will plan in the next few months “a possible carve-out” of the unit. K+S became the world’s largest salt producer following the purchase of Morton Salt from Dow Chemical Co. last year, a transaction that will add more than 500 million Euros to revenue this year. K+S is also interested in pursuing acquisitions in both potash and salt.

Western Potash Corp. (TSX: WPX, ETR: AHE) has received their NI 43-101 compliant resource estimate for its Milestone property in southern Saskatchewan. The updated resource estimate provided the company with significant upgrades on their potash resource at Milestone. The resource now holds 41 million tonnes of measured resource, 133 million tonnes of indicated resource, and 560 million tonnes of inferred resource.  The wholly-owned Milestone property, comprising 500 square kilometers, is located 30 kilometers southeast of Regina and Mosaic’s Belle Plaine Mine, one of the largest producing potash solution mines in the world. The geology also makes it a suitable candidate for economical solution mining extraction.

14 responses to “Optimism Reigns over Potash”