Potash inventories held by North American miners have dropped below average levels, according to data released by Potash Corporation of Saskatchewan. 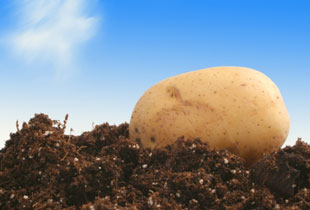 Potash inventories held by North American miners have dropped below average levels, according to data released by Potash Corporation of Saskatchewan (NYSE:POT). North American producers held about 1.9m tonnes of the nutrient last month, down 85,000 tonnes from December. The decline increased to 24 percent, from 14 percent in December. Inventories are now below the five-year average.

Inventory levels are a key factor in determining the price that potash producers can fetch for their product. While potash prices held their ground for some months once the recession started, once the failure of farmers to purchase potash resulted in growing stockpiles, potash producers had to settle contracts for lower prices.

Potash Corp.’s report has perfect timing. India, one of the world’s largest potash importers will soon start contract negotiations with the North American producers. Analysts’ claim that is unlikely that the price will be below $400 per ton; which is the price that North American purchasers are paying. Chinese potash buyers recently agreed on a six month contract to import potash at $400 a tonne from Russian and Canadian exporters. The Chinese and Indian contracts are closely watched as spot market prices are typically pegged at a level slightly above these contract prices. “India usually settles about $20 a tonne higher than China’s settlement price,” Mackie Research Capital analyst John Chu said, viewing a price below $400 as potentially negative for shares in potash producers.

Passport Potash Inc. (TSXV: PPI) is pleased to announce that they have obtained private financing for their Holbrook Basin project after issuing 28,430,000 common shares of stock for a total of $7,107,500. The funds will be used for continued exploration in the potash project. Passport Potash also announced that it has achieved important milestone on its exploration program in the Holbrook Basin. The seismic crew has completed the portion of the seismic survey on the Twin Buttes Ranch; the seismic crew will now be mobilizing on Passport’s landholdings at the southern end of the Holbrook Basin. In addition to progress on the seismic survey, three exploration drill holes have been completed at the Twin Buttes Ranch. Down hole geophysical and assay results from these drill holes will be presented in the NI 43-101 technical report being prepared by SRK.

Amazon Mining Holding Plc. (TSXV:AMZ) has initiated an extensive drilling campaign to explore phosphate targets at the Apatita project and to expand  its potash resource at Cerrado Verde. The planned drilling at the Apatita Project includes 4,000 meters of follow up drilling at the Nau de Guerra and Alto da Serra targets with a view to produce NI 43-101 compliant resource. In addition, the company is planning 3,000 meters of drilling on five other targets along a trend over 30 km long bordering the Cerrado Verde Project. The initial drilling program at the Apatita Phosphate project showed encouraging preliminary results , this new program aims to build on that initial success and test new areas. The company has also initiated a wide-spaced drilling program at the Cerrado Verde potash project aimed at producing a NI 43-101 compliant resource estimate for the whole deposit. Currently, the Company has a NI 43-101 inferred compliant resource on 105.1 million tonnes grading 10.3 percent K2O using a cut-off of 7.5 percent. Additional drilling is also being conducted to upgrade the current resource to measured and indicated to obtain the necessary mining permit.