Tight supplies and high prices of agricultural products including corn and wheat are expected to increase demand for fertilizers, through the near future, however, sometime past 2012, more plentiful supplies should halt potential shortages. 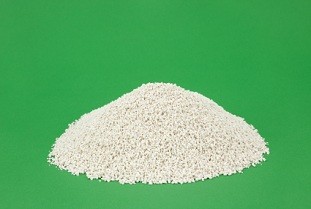 Potash Corp of Saskatchewan (NYSE:POT) released its Q3 earnings in October, Chief Executive Officer Bill Doyle, commented on how the tight supply/demand balance for potash will challenge his company’s future as they strive to reach maximum output.

This week, Morocco, holders of the world’s largest phosphate supplies, announced that they expect the tight supply chain for phosphate to persist at least through 2012, as producers struggle to increase output.

“Prices of phosphates and derivatives are supported by the persistence in the short-term of tight balance between supply and demand worldwide,” Morocco’s finance and economy ministry said in a note on Wednesday. The country’s export volumes of phosphate rock fell 7 percent in the January-September period but, rose by 42 percent in value, as the average price per tonne climbed 53 percent. In September, the ministry was quoted as selling phosphate rock for $197.5 per tonne, unchanged for a second consecutive month after posting a 41 percent increase from January to July.

The ministry added that it does not expect the tight supply chain to persist for long. “An expected strengthening of demand should gradually absorb this new input capacity, resulting in a return to the market equilibrium. Beyond 2012, pressures on supply should fade in connection with the implementation of new production capacity in Morocco and Saudi Arabia,” added the ministry.

There is an immediate need to increase phosphate supplies, with shortages already impacting farmers. The thin supply of Diammonium Phosphate (DAP) in India and more than 50 percent hike in prices in just 4 months are decreasing the opportunity for farmers to capitalize on this season’s rains, and have a “bumper crop.” Sowing of the rabi crop has just started, however, farmers are already complaining about not receiving DAP, in adequate time. Proper application timing of DAP is crucial in order to maximize yields. Shankar Singh Rathore, a farmer from a village near Malpura of Tonk district told the media “I have made an advance payment and been regularly visiting co-operative stores for past 10 days but everyday hears the same answer that DAP is not available and will be supplied tomorrow.”

Over in the United States, strong demand and tight inventories are expected to support high grains prices and in turn cause a tight fertilizer supply situation through 2012. Farm income in the US is expected to reach a record level in 2011, strengthening farmers’ incentive to apply crop nutrients in the fourth quarter. It was noted by Canpotex, the marketing arm for North American Fertilizer Producers Potash Corporation of Saskatchewan, Mosaic (NYSE:MOS), and Agrium (NYSE:AGU), that inventories for North American buyers for fall application were the first to run out.

CF Industries Holdings Inc. (NYSE:CF) reported a third quarter EPS of $4.73 versus $0.67 cents in the year-ago quarter. Excluding one-time charges to EPS were $5.16 exceeding the Zacks Consensus Estimate of $4.82.Total sales of $1.4 billion in the reported quarter outperformed $917.1 million in the prior-year quarter. Gross margin increased to a whopping 44.5 percent in the quarter. Specific to their phosphate segment, sales increased to $285.8 million up 12 percent from the prior-year quarter. Gross profit almost tripled to $85.9 million from $28.5 million in the year-earlier quarter, as a result, gross margin expanded 1450 basis points year over year to 30.1 percent in the quarter. The average selling price for DAP and monoammonium phosphate (MAP) in the quarter were about 40 percent higher than average price realized in the third quarter of 2010. Third quarter net sales of DAP and MAP of $285.8 million were 57 percent higher than the previous year quarter due to higher sales volume and average selling prices.