Goldman Sachs released a report claiming that potash applications by farmers may remain below average this year. Companies were hoping for a blockbuster year, after last year’s economic collapse pushed farmers to postpone fertilizer applications. 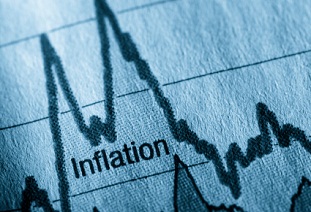 Goldman Sachs released a report claiming that potash applications by farmers may remain below average this year. Companies were hoping for a blockbuster year, after last year’s economic collapse pushed farmers to postpone fertilizer applications.  This resulted in a precipitous drop in fertilizer demand, and prices. Farmers can skip a year of potash without much effect on crop yields, but if more than one year of fertilizer is skipped, yields will decline. Potash producers were hoping that this fact would mean that farmers would flock to the market to purchase potash for spring and fall 2010 plantings.  Now, Goldman Sachs predicts that a cash crunch will prevent farmers from purchasing large amounts of the crop nutrient.

Purchases have been on the rise and stockpiles on the decline, however, the speed of the rebound has been below what miners have hoped for. Now, many farmers are still cash strapped, and in addition they are beginning to feel the pinch of inflation.  The cost of land rentals, fuels, labour, and potash are all rising. At the same time, grain prices are flat.  Goldman Sachs went on to say that “we do not expect farmers will accept the $30 a tonne price increase proposed by producers globally in the first half of 2010”

Analysts are waiting for the release of Potash Corp of Saskatchewan (NYSE: POT) first quarter numbers for further insight into the health of the potash sector. The largest potash producer in the world will release the anticipated earnings recap on April 29. Potash recently enhanced its guidance for the first quarter, citing strong sales and higher-than-expected margins in nitrogen and phosphate. Analysts predict that quarter revenue will be $1.5 billion and EBITDA will be $678 million. The earnings per share estimate ranged from $1.00 to $2.00, according to polled analysts. The average EPS estimate is $1.32.  In the fourth-quarter of 2009, potash earned of $0.80 per share ($243.6 million), which compared to $2.56 per share ($788.0 million) in the same period last year.

Compass Minerals (NYSE: CMP) has reported that its first quarter fertilizer sales increased 37 percent to $52.5 million compared to $38.2 million in the same quarter of 2009.  Operating earnings were $17.0 million, or 32.4 percent of sales, compared to $26.8 million, or 70.2 percent of sales, in the prior year. Cash flow from operations improved 23 percent to $137.3 million in the three months ended March 31, 2010, from $112.0 million in the prior-year period. – Sales increased 16 percent to $357.6 million, primarily driven by strong salt prices and a substantial increase in specialty fertilizer volumes, partially offset by significantly lower specialty fertilizer prices.

Norwegian fertilizer maker Yara International (OSL: YAR) is looking to acquire “interesting assets” across the world. A key place that the company will look is in India, a country 100 percent reliant on potash imports. This February, the Indian Government ended price controls on fertilizer, effectively opening up the opportunity for companies to set rates for all fertilizers other than urea. India’s government fixes the price at which fertilizer is sold to farmers, pays companies the difference between the costs and selling price and guarantees a post-tax return.  The government’s share of the subsidy on nutrients like nitrogen, phosphorus, potash and sulfur, was fixed as of April 1, and farm gate rates will fluctuate with global levels. India was the biggest potash importer last year, according to Fertecon, a Tunbridge Wells, England-based consultant. The country imported 5.09 million tons, while Brazil bought 3.57 million tons and China purchased 1.59 million tonnes.