Kazakhstan has long been known to contain potash reserves; however, no mine has been developed. Preliminary estimates suggest that the country, which is favourably located in close proximity to the Asian markets, may hold enough potash reserves to make it one of the world’s top producers. 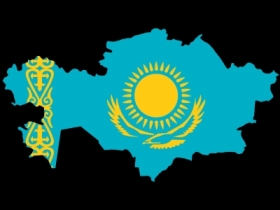 In 2011, it became more apparent than ever how urgent it is to find, and develop new potash reserves. During the year, grain prices, buoyed by dwindling stockpiles, rallied to record highs. In fact, current stockpiles of many grains are so razor thin that industry experts claim that it will take a few seasons of “near perfect” yields before inventories will return to comfortable levels. The bull-run for grains has directly resulted in a heightened demand for fertilizers, including potash.

Grains analysts and fertilizer suppliers have already voiced their opinion that the current trend is not one-time phenomena, but rather a sign of things to come. The pressure to maximize grain output from shrinking land is growing in concert with the increase in wealth of the emerging economies. As the wealth of these nations rises, so does their demand for a protein-rich diet; a protein-rich diet requires more agricultural output per acre of arable land.

There is now, more than ever, an immediate need to increase global potash output. Moreover, the potash supply chain has been critiqued as a “monopoly” due to the fact that the majority of the essential crop nutrient is extracted from only a handful of countries. As a result, interest in finding new potash reserves is piquing around the globe, including in Kazakhstan. Kazakhstan has long been known to contain potash reserves; however, no mine has been developed. Preliminary estimates suggest that the country, which is favorably located in close proximity to the Asian markets, may hold over 6.6 billion tonnes of potash reserves to make it one of the world’s top producers. Unfortunately, the details concerning the potash deposits in Kazakhstan are limited due to the fact that the country used to be under Soviet rule. In fact, Kazakhstan was the last of the Soviet republics to declare independence, which it did on December 16, 1991. In addition to the limited information, the long Soviet rule can also explain why such valuable deposits were previously passed over.

Kazakhstan has attracted the interest of a few miners. Fortis Mining and Satimola Ltd are currently exploring in the area. According to Fortis mining, they have already received US$219 million from Chinese institutional investor Opsun Holdings and Yubang Industry Development of China, in addition to funds from private Chinese investors.  China has already voiced its interest in securing more potash supplies, and Kazakhstan is in a prime position to benefit from this, due to the fact that potash can easily be transported from Kazakhstan, to China via rail, saving the country money on shipping potash from North America, from whom it currently purchases most of its potash.

Fortis Mining (ASX:FMJ) is working on two potash deposits in west Kazakhstan, the Chelkarskaya (Chelkar) and Zhiliyanskoe (Zhilyan), which, according to archived Soviet Union data,  have an exploration target range of 6.5 – 6.6 billion tonnes of potassium.  The Chelkar potash deposit is located in the Terektinsski western region of the Republic of Kazakhstan, 98 km south of Uralsk.  The potash horizons is the Chelkar contain potash mineralization in the form of sylvinite, carnallite-sylvinite and polyhalite.  They are located approximately 300 – 700 meters below the surface. The Zhilyanskoe is located in the north western region of Kazakhstan, and is 8 km south east of the city of Aktobe. This location is very strategic; Aktobe is a regional capital with significant infrastructure, including railway and road networks connecting Asia and Europe. At the Zhilyan, potash mineralization has been identified over an area 0.5 to 2 km wide and up to 5000 meters in length, with mineralization occurring between 430 meters and 700 meters below the surface. Mineralization is in the form of sylvite, polyhalite and carnallite-sylvinite and sylvinite.

Satimola Ltd. is a closely held Kazakh potash exploration company, and therefore there is not a lot of information available on the company. The latest news brief was released last year, when the company said it would look into an IPO in the following year (which is not the current year) and list in the second quarter of 2011, however, according to research on Google finance, the company has yet to list.  Satimola is Satimola’s deposit is located in western Kazakhstan, about 3,000 kilometers from the Chinese border. The Satimola property was extensively explored by the former Soviet Union starting in the late-1960s and continuing through the late-1980s; however, the Soviets were more interested in borate than potash. In 2006, Saltimola contracted AAI to conduct a Preliminary Assessment for commercial mining of their potash deposit located in Kazakhstan, and in 2008, Satimola initiated a new exploration program to better define the potash deposit. Drilling of the deposit has so far uncovered a resource of more than 8.5 billion tonnes of potash, at a 10 percent potash cut-off grade. Satimola is targeting an initial annual output of 700,000 tonnes, and hopes to expand to 6 million-metric-tonnes-a-year operation, according to CEO Jaime Troncoso.