Potash Corporation of Saskatchewan, the globe’s largest potash producer, believes that for the potash industry, the best is yet to come. 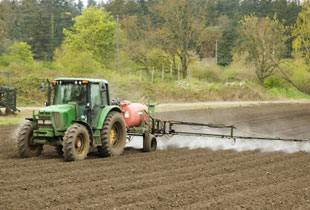 Potash Corporation of Saskatchewan, the globe’s largest potash producer, believes that for the potash industry, the best is yet to come.

Last week, in a meeting between analysts and Potash Corp executives (NYSE:POT), Potash President and CEO Bill Doyle said that unlike some of its competitors, the “anomaly of 2009″ didn’t cause the company to delay or cancel any of its expansion projects. Doyle admits that the economic downturn impacted both prices and sales volumes; however, the company was able to use the time to focus on the long-term.   Doyle noted the potash industry’s production hasn’t changed much since 2007, and with demand pressures rising in China, India, Latin America and North America, the company sees supply challenged again in the years to come, especially 2012-2014. The company sees its annual operational capability rising to 17 million metric tonnes by 2015. “This will provide the greatest period of growth in our company’s history.”

BHP Billiton Ltd (NYSE:BHP) may be on the lookout to acquire an already producing potash producer, rather than rely on developing its already owned projects in Saskatchewan. BHP, the world’s largest mining company, is moving toward a decision by 2011 on whether to build its Jansen potash project in Saskatchewan. BHP CEO Marius Kloppers said in August that his company would spend “billions of dollars” to develop Jansen, however Potash Corp. CEO Doyle believes that these projects will not come online soon enough to satisfy BHP’s potash thirst. “Time is the biggest barrier to entry in the potash business, no matter who you are,” Doyle said before the start of a meeting with analysts. “We can’t cheat it. They can’t cheat it. No existing player can cheat time.” It takes at least seven years to bring a new potash mine into full production, Doyle pointed out. Jansen is projected to produce about 8 million metric tonnes a year of potash at full capacity, according to BHP’s website.

BHP acquired Athabasca Potash Inc., owner of the Burr potash project adjacent to Jansen, in March. Last year, rumours ran rapid that BHP would make a bid for Potash Corp.  When asked if BHP had recently reopened negotiations,  Doyle’s only comment was- if anyone were to acquire Potash Corp, it wouldn’t be cheap.

Potash Corp of Saskatchewan’s Chief Operating Officer James Dietz will retire at the end of June. He will be replaced by David Delaney, who is currently head of sales. Stephen Dowdle, the current senior vice president of fertilizer sales will be promoted to Delaney’s position as head of sales.

Fertilizer maker Intrepid Potash Inc. (NASDAQ:IPI) has named CEO Robert P. Jornayvaz III to the newly created position of executive chairman of the board and changed his role from CEO to principal executive officer. Meanwhile, David W. Honeyfield has been promoted to president from executive vice president and will continue to serve as chief financial officer, treasurer and secretary. Hugh E. Harvey Jr., Intrepid’s chief technology officer and board member, is now executive vice chairman of the board, transitioning from his role as chief technology officer.