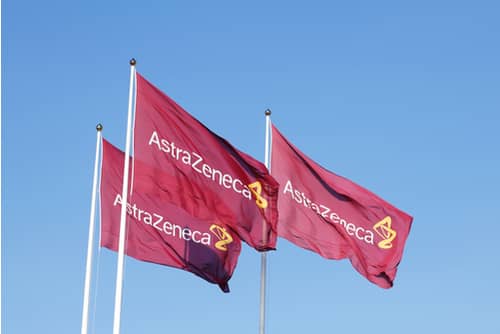 The victory comes almost exactly a year after AstraZeneca’s lupus treatment didn’t meet its primary endpoints in a different trial.

AstraZeneca (NYSE:AZN) has achieved a breakthrough with its systemic lupus erythematosus (SLE) treatment in a Phase 3 clinical trial, the company announced on Thursday (August 29).

In a trial called TULIP 2, AstraZeneca’s treatment — anifrolumab — met its primary endpoints, including a reduction in disease activity when compared to a placebo. Reductions measured in the TULIP 2 trial used the British Isles Lupus Assessment Group-based Composite Lupus Assessment (BICLA).

The pivotal results come almost exactly a year to the day since the drug did not meet its endpoints in a TULIP 1 trial, which used a different reduction measurement — the SLE Responder Index 4.

For TULIP 2, the company enrolled 373 patients who were randomized to receive 300 milligrams of either anifromulab or a placebo. At the end of the 52 week trial, reductions were measured by BICLA and proved that patients who were given the treatment had a greater disease reduction versus the placebo.

BICLA standards are such that disease activity must be reduced with no additional incidents.

“Systemic lupus erythematosus is a debilitating autoimmune disease, but only one new treatment has been approved in the last 60 years,” Mene Pangalos, executive vice president of biopharmaceuticals R&D at AstraZeneca, said in a release. “These are important results and we will now review the full data set and explore pathways to bring this potential new treatment to patients.”

Despite the success of TULIP 2, it is likely that AstraZeneca will need another successful clinical trial of anifrolumab in order to be approved, as per US Food and Drug Administration (FDA) standards.

No numerical data was included in Thursday’s announcement. The company said it will be submitting data for both TULIP 1 and TULIP 2 for an upcoming medical meeting, although no date has been given.

Anifrolumab prevents inflammatory proteins called interferons from being produced. Sixty to 80 percent of patients with lupus have interfons that are more prevalent, which has been linked to disease activity.

According to the US National Library of Medicine, SLE is an autoimmune disease where the immune system mistakes healthy parts of the body and attacks the tissue. Affected parts of the body can include the skin, joints, kidneys and the central nervous system. Symptoms can begin presenting as fatigue, fever, loss of appetite and weight loss.

As it currently stands, there are very limited treatment options for lupus. Case in point: GlaxoSmithKline’s (NYSE:GSK) benlysta was the first drug in over 50 years to be approved for the disease by the FDA back in 2011. Similarly, in April of this year, the FDA awarded the company the first approval of a lupus treatment in children aged five and older for benlysta.

According to Evaluate Pharma, benlysta is projected to reach blockbuster sales by 2023. While there is still a long ways to go for anifrolumab to be FDA approved, it at least appears to be on the right track.

Over Thursday’s trading period, shares of AstraZeneca increased marginally by 1.38 percent on the NYSE to close at US$45.42. After-hours trading brought its shares back down 0.1 percent to US$45.37.