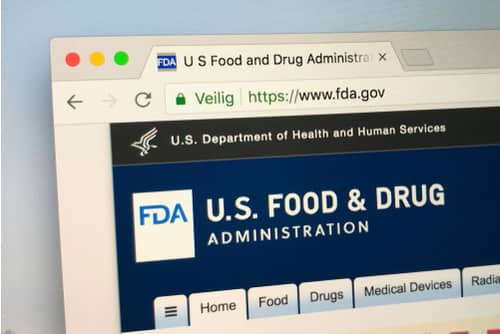 The breakthrough device designation from the FDA is for the company’s Sundance sirolimus-coated balloon catheter.

Surmodics (NASDAQ:SRDX) received a boost on Tuesday (October 29) when the US Food and Drug Administration (FDA) granted the company breakthrough device status for its Sundance sirolimus-coated balloon (SCB) catheter.

According to the government agency, the program’s intention is to develop a clear pathway in terms of clearance and approval for devices that could potentially treat life-threatening and debilitating conditions, such as CLI.

The FDA also says the program is geared at ensuring that patients and healthcare professionals have easier access to these kinds of devices by speeding up the review process while keeping premarket approval, 510(k) clearance and De Novo marketing authorization in mind.

“The Sundance SCB is intended to address the unmet clinical need in patients with CLI and infrapopliteal arterial disease by providing a revascularization option with a proprietary sirolimus coating,” Gary Maharaj, president and CEO of Surmodics, said in a press release.

“The Sundance SCB has the potential for improved outcomes in CLI patients over other available treatment options, and its availability is in the best interest of patients.”

UC Davis Health defines CLI as a severe blockage in the arteries that reduces blood flow and causes extreme pain in areas such as the feet and toes. Poor circulation in the legs and feet can lead to sores and wounds that have difficulty healing properly. If CLI goes untreated, it can potentially lead to the affected areas of the body needing to be amputated.

Symptoms of CLI include severe pain or numbness in the legs and feet, sores or infections that won’t heal, toenails thickening and a lack of pulse in the legs or feet.

Surmodics says that CLI will have a direct impact on at least 3.5 million people by next year, and mortality rates are higher than 50 percent. It is estimated that 25 percent of patients who are diagnosed but not treated will not survive, while 30 percent will have to have an amputation within a year of diagnosis.

Where the Sundance SCB catheter comes in is that it uses a drug-excipient formulation with the active ingredient sirolimus. This is a potent anti-inflammatory and anti-proliferative compound that has been used in coronary drug-eluting stents.

“This second platform adds to our stable of drug-coated balloon devices and furthers our effort to provide treatment solutions for the entire peripheral anatomy,” Maharaj said.

In the company’s medical device product pipeline are a range of balloon catheter platforms. Broadly, balloon catheters are soft catheters with an inflatable tip shaped like a balloon that are used during catheterization procedures to open a narrow passage in the body.

The Sundance SCB catheter isn’t yet available for commercial use and is currently only being used for investigational purposes. According to ClinicalTrials.gov, a safety and feasibility study of the device called SUNDANCE is expected to begin in mid-February with a primary completion date of early January 2021. While enrollment hasn’t begun yet, it’s anticipated that 35 patients with occlusive disease of the infrapopliteal arteries will participate in the study.

Shares of Surmodics were up 1.33 percent during Tuesday’s trading session to close at US$46.45. The company currently has a “moderate buy” ranking on TipRanks.com based off two analyst ratings, with an average price target of US$66 — which is a 42.09 percent increase from its current price.

One response to “Surmodics Notches Breakthrough Device Designation from FDA”