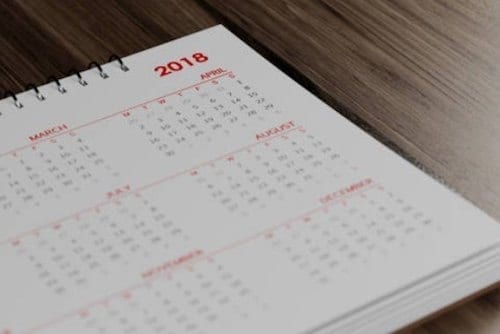 With Q2 2018 now in full swing, the Investing News Network is taking a look back at the biggest medical device trends in Q1 and what to look for now.

From Cochlear’s (TSX:TMD) implant providing sound signals to the brain for hearing impaired patients, to Abbott’s (NYSE:ABT) heart failure monitoring system, medical devices are going further than medical professionals and patients may have ever thought.

Investors have the upperhand to take a broad look at what companies are developing, what may be the most profitable, and what companies will go the furthest with their funding.

The beginning of the year tends to be tough for many companies, as investors give a strong judgement towards yearly outlooks which are released in the first quarter. This is especially true among companies still in clinical development and far from receiving US Food and Drug Administration (FDA).

While the Frost and Sullivan global life science report suggests manufacturing in China will grow with the release of the China Manufacturing 2015 plan to promote R&D in the medical device industry, there is still a big growth trend in the US and Canada; meaning time will tell if China can change this.

Another report by BCC research expects the medical device industry to grow from $521.2 billion in 2017 to $674.5 billion by 2022—resulting in a continuous annual growth rate of 5.3 percent.

The Investing News Network is taking a review on how the first quarter treated the medical device industry and is predicting some trends for the industry’s second quarter. Medical device TSX-based companies will be discussed, public offerings, and clinical trials.

Medical device Q1 2018: Notable companies on the TSXV and TSX

The TSXV releases its Venture 50 list during the first quarter of every year, companies on the list are weighted equally by one year share price increase, market capitalization increase, and trading volume. This year two medical device companies landed on the list:Reliq Health (TSXV:RHT) and VentriPoint Diagnostics (TSXV:VPT).

Reliq Health share price increased by 892 percent over 2017. The company developed a device and technology, iUGOs Home to improve community care, which was launched in 2017. The device works by monitoring patients in their home which can include nurses visiting patients homes or at elderly care in response to the device. Through two-way voice technology the device reminds patients to take medications and measures vitals through a Bluetooth-enabled biometric device.

VentriPoint focuses on an ultrasound system to analyze the heart with a 3D image of the heart. It’s able to analyze all four cardiac chambers making it equivalent to the capabilities of an MRI. The company had 158 percent growth over 2017 to get a spot of the Venture 50 list.

Some other top gainers on the TSX and TSXV for medical device investing include: Assure Neuromonitoring (TSXV:IOM), CRH Medical (TSX:CRH), Hamilton Thorne (TSXV:HTL), Helius Medical Technologies (TSX:HSM), and LexaGene (TSXV:LXG) among others.

One hope for the medical device industry is to decrease surgery complications, hospital wait times and the overall cost of healthcare. Companies are doing this through reducing the amount of system for laparoscopic surgeries, such as Titan Medical’s SPORT system and Intuitive Surgical (NASDAQ:ISRG) da Vinci Xi.

Patents are a sureway for companies to insure the highest profits for its products—and global outreaches for patents are a must, as patents are country specific. Advanced Biomedical Technologies (OTCQB:ABMT), was granted a new patent in China for its bone fracture plate, which may eventually eliminate the common need for second surgeries to replace orthopaedic internal devices.

Titan Medical received another patent in March—bringing the company’s total to 23 issued patents and 43 pending in the US. The patent now protects the Titan’s robotic surgical instruments for its SPORT surgical system.

Beyond Q1: FDA in focus

For every sector in the life science industry, companies work through every step of developing a product with the FDA—it’s no different for the medical device industry. Medical device security has become a more serious and real topic as many products, such as heart defibrillators could be at risk to be hacked.

Thankfully for patients, and the companies producing medical devices, there hasn’t been any reported attacks on medical devices yet, but the threat may have been what prompted the FDA to release the Medical Device Safety Action Plan. The plan brings questions what safety nets are available now for many medical devices, especially those which were produced decades ago, how are patients protected?

The action plan also acknowledges the amount of patients that have been helped with advancements of medical devices. It focuses on five areas: establishing a patient safety net, exploring regulatory options, developing safer devices, advancing medical device cybersecurity, and integrating the Center for Devices and Radiological Health regulatory process.

While the “FDA’s use of real-world evidence” will support regulatory decision-making for medical devices to lower the cost from incentives, the report said. Inevitably there will be more costs associated with developing medical devices, either in R&D or cybersecurity updates. While investors may be curious if sales will be lower than expected if this causes products to be more expensive, it also guarantees the consumers will have a better, and safer product.

While the Frost & Sullivan report anticipates China taking a bigger step forward in the future for medical devices, the population will continue to grow, possibly to 9.7 billion by 2050, from a current 7.6 billion in 2018 according to the United Nations. Meaning the current medical device companies will have to exponentially expand to address the growing populations needs.