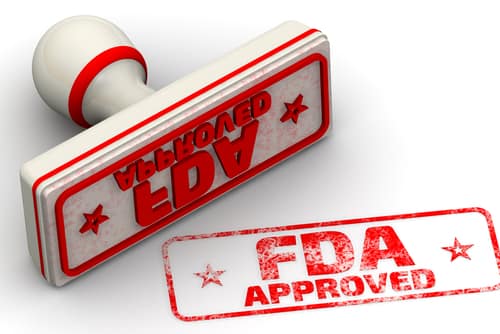 Called the Axonics r-SNM System, the rechargeable device has been approved to treat bowel incontinence in the US.

Axonics Modulation Technologies (NASDAQ:AXNX) revealed on Monday (September 9) that the US Food and Drug Administration has given the company seal of approval for its rechargeable sacral neuromodulation (SNM) device.

Called the Axonics r-SNM System, the rechargeable device has been approved to treat bowel incontinence in the US. It is planted in the body and sends electrical pulses to the nerves in the area to ensure the brain is receiving the correct messages on whether the body needs to go to the bathroom.

According to the press release, the SNM system is the first rechargeable device of its kind to be commercially approved in the US, Europe, Canada and Australia.

In addition to treating bowel dysfunction, the company’s device is currently being reviewed by the FDA in a premarket filing for overactive bladder and urinary retention.

The device can be used for 15 years in patients with bowel incontinence without having to be removed during MRI procedures.

“We believe the number of patients seeking SNM treatment will expand dramatically over the next few years given our fuss-free, long-lived, full-body MRI-compatible device,” Raymond Cohen, CEO of Axonics, said in a press release.

The US National Library of Medicine indicates that SNM treatment options have increased in popularity for conditions such as overactive bladder.

According to the agency, this method has the capability to decrease incidents and boost bladder capacity. In terms of bowel incontinence, the agency says that SNM was shown to improvement the quality of life of patients who have this condition and who have been evaluated before and after implementation.

Approximately 87 million adults split between the US and Europe are affected by overactive bladder while 40 million adults are impacted by bowel incontinence.

A 2015 research report on global incontinence care products and devices estimated that, during the forecast period 2015 to 2019, SNM devices would grow significantly at an 18.7 percent compound annual growth rate (CAGR). Similarly, a 2019 report projects the market valuation for this industry to be over US$2.3 billion by 2026, growing at a CAGR of 12.1 percent between now and then.

Fueling that growth will be factors such as a rising demand for more minimally invasive therapies and an increase in urinary bladder diseases. The report suggests, however, that the general population being unaware of the products and the costs of them could hinder the market’s projected growth.

Axonics says that it plans to start shipping out its device across the US to doctors and hospitals by Q4 of this year subject to the FDA’s requirements.

Despite the FDA’s approval on Monday, shares of the company dropped 6.92 percent to close the trading session at US$33.24. Year-to-date, Axonics’ share price has increased more than 150 percent.