Totaling just US$5 billion in 2000, today the global vaccine market is worth an estimated $24 billion and is projected to rise to $100 billion by 2025. 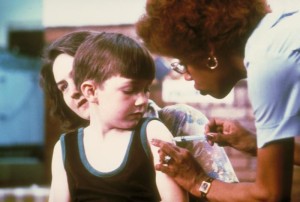 The global market for vaccines may only comprise about 2% to 3% of the total pharmaceuticals market but this sector has, and continues to experience a stellar growth rate of 10% to 15% per year versus the 5% to 7% seen in the overall market, according the World Health Organization (WHO). Totaling just US$5 billion in 2000, today the global vaccine market is worth an estimated $24 billion and is projected to rise to $100 billion by 2025.

The WHO “Global Vaccine Market Features and Trends” report states that more than 120 new products are currently in the development pipeline, sixty of which hold significant importance to developing nations.

Data from a recent report by Research and Markets confers that growth rates outlined in the WHO report and highlights infectious disease vaccines as the largest revenue segment while cancer vaccines are the fastest-growing segment of the market. Most of the growth in the vaccine market is attributable to advances in immunology, genetics and vaccine technology as well as increased demand from population growth in emerging economies.

While North America (42%) and Europe (36%) continue to be the largest markets for vaccines, market researchers say we’ll see the most growth in market demand from China, India and other Asia-Pacific regions.

For decades, pediatrics has been the dominating segment of the vaccine market; however, recent market research by Renub Research shows the adult segment of the market is heating up and expected to nearly double in worth by 2020. One such vaccine has had serious market success in the past few years, Merck’s (NYSE:MRK) shingles vaccine Zostavax® which recently won the Prix Galien USA 2013 Award for Best Biotechnology Product. Sales of the vaccine reached $309 million in the first half of 2013, up 38% from the same period last year, reports FiercePharma.

Many of the vaccines under development in the adult market segment focus on infectious diseases such as avian flu, malaria and hepatitis as well as cancer treatment and prevention.

Inovio Pharmaceuticals, Inc. (NYSE:MKT) is focused on developing DNA-based vaccines to prevent and treat cancer and infectious diseases. The company’s lead vaccine, a therapeutic against HPV-caused pre-cancers and cancers, is in Phase 2 trials. Inovio also has candidates under Phase 1 and preclinical programs for the prevention and/or treatment of prostate, breast and lung cancers as well as infectious disease including HIV, influenza, malaria and hepatitis.

On Thursday, the company reported that preclinical testing of a DNA synthetic vaccine for the Middle East Respiratory Syndrome (MERS) coronavirus “induced robust and durable immune responses, demonstrating the potential for a SynCon® DNA vaccine to prevent and treat this deadly virus.” This news followed the announcement that the company’s President and CEO Dr. J. Joseph Kim has been appointed to the International Vaccine Institute’s Board of Trustees for a three-year term.

Agenus Inc. (NASDAQ:AGEN) is a biotechnology company developing treatments for cancers and infections diseases. The company is advancing several immunotherapeutic products through clinical trials. This week, Agenus announced that its Prophage Series (HSPPC-96) vaccine program for the treatment of brain cancer was selected as Elsevier Business Intelligence’s 2013 Top Project to Watch in oncology. Based on positive Phase 2 trial results, Agenus plans to hold a meeting with the US Food and Drug Administration to discuss a Phase 3 trial. “Derived from each individual’s tumor, Prophage Series therapeutic vaccines contain the ‘antigenic fingerprint’ of the patient’s particular cancer and are designed to direct the body’s immune system to specifically target and destroy cancer cells bearing this fingerprint,” stated the news release.

Also this month, Agenus reported that results from its Phase 2 study for HerpV—a therapeutic vaccine candidate for the treatment of patients with herpes simplex virus-2—“support that vaccination with HerpV has a real, measurable biological effect lowering the active shedding of the virus.”

Dynavax Technologies Corp. (NASDAQ:DVAX) is a clinical-stage biopharmaceutical company. Its lead product candidate is HEPLISAV™, a hepatitis B vaccine under Phase 2 investigational study. In September 2013, the company announced that immunogenicity and safety results of two Phase 3 trials were published in the journal VACCINE which concluded that the “results from these trials add to the body of evidence that 1018 [the novel adjuvant contained in HEPLISAV] can be an important new adjuvant for immunization against hepatitis B.”

Dynavax recently reported its third quarter 2013 financial results. The company has $76.5 million in cash, cash equivalents and marketable securities. Total revenues for the nine months ended September 30, 2013 were $8.4 million compared to $7.9 million for the same period in 2012.

Learn how to invest in life science and medical stocks

Read your free starter guide to investing in life science

ImmunoCellular Therapeutics Ltd. (NYSEMKT:IMUC) is a clinical-stage biotechnology company focused on peptide-based, cancer-targeting vaccines which activate a patient’s own immune system to fight over cancer antigens. The company’s gliobastoma vaccine, ICT-107 is currently undergoing Phase 2 trials and is expected to present Phase 2b top line data in the coming weeks.

Galena Biopharma Inc. (NASDAQ:GALE) is a biopharmaceutical company developing and commercializing cancer treatments. Last week, Galena announced initial results of a Phase 1 trial for its Folate Binding Protein (FBP) vaccine for high-risk endometrial and ovarian cancer patients rendered disease-free after completing standard of care therapy. The results “show[ed] that it is well-tolerated and demonstrated promising immune responses in high risk gynecological cancers.” The Phase 2a trial is expected to commence by the end of this year.

Galena released its third quarter financials earlier this month highlighting net revenue of $1.2 million for the quarter. As of September 30, 2013, Galena had cash, cash equivalents, marketable securities and net accounts receivable of $55.8 million, compared with $35.6 million as of December 31, 2012.