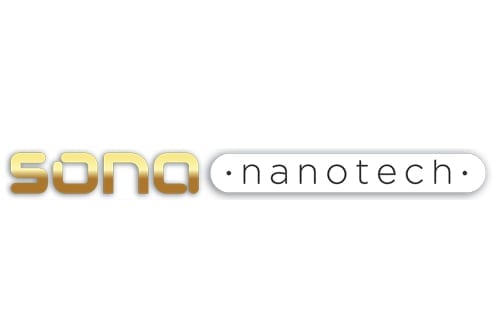 Sona Nanotech Inc. is pleased to provide a corporate update on recent activities.

Sona Nanotech Inc. (CSE:SONA, OTC:LMTCF) (“Sona”) is pleased to provide a corporate update on recent activities. In the past several weeks, Sona has been focused on work related to the development of a rapid response COVID-19 lateral flow test. This update will outline progress and advancements on Sona’s COVID-19 test and other corporate developments.

Sona is a research and development company that owns proprietary gold nanorod technology that can be used in a variety of lateral flow applications, specifically rapid diagnostic testing devices. In a lateral flow tests, particles such as Sona’s gold nanorods (GNR) are used to bind to biological materials and carry them along a test strip, producing a positive or negative result. Sona holds a global patent (pending) on the manufacture of GNRs that offers several functional performance advantages over other particles currently in the market, such as:

Over the past year, Sona has identified a number of test applications in the marketplace that would benefit from the introduction of Sona GNR technology. Specifically, Sona believes its technology would produce a more rapid and accurate response than the tests currently used in the marketplace. Sona expects to announce progress on 2-3 of its new tests during 2020.

Development work on Sona’s new test to measure the COVID-19 virus is underway in 3 separate labs in Canada, the UK and Germany. The company has an ongoing, open dialogue with regulators to ensure the Sona’s test is being developed within the parameters regulators have outlined. This approach will allow Sona to be eligible for FDA review through their Emergency Use Authorisation (EUA) pathway and a fast-track to market.

Sona is currently in discussion with contract manufactures, OEM manufactures, field testing partners, as well as sales and distribution partners and expects to provide more detail on its path to market in the near future. From a test development perspective, Sona expects to have a working prototype for the COVID-19 rapid response test within the next few weeks.

The spread of COVID-19 appears to be accelerating on a global basis. Sona’s COVID-19 rapid response test is designed for use as an on-site screening tool for front line tests to:

In support of Sona’s commitment to develop a proprietary rapid-response screening test for COVID-19, the company has chosen the following partners;

All lateral flow tests are designed to identify the presence of a biological marker. These markers are either direct or indirect markers for a condition, such as a viral infection. An example of an indirect test would be a pregnancy test which doesn’t test for biological material from a fetus, but rather detects a hormone (hCG) released by a mother when she is pregnant. An example of a direct test would be testing for HIV infection that detects the presence of the HIV virus itself.

The Sona COVID-19 test currently in development will directly detect the COVID-19 virus, confirming active infection which we believe will result in the most accurate rapid response test available. Some competitors are developing alternative COVID-19 rapid response tests (serological assays) that detect increased levels of IgM and IgG antibodies (immune markers) in a patient sample. Patients infected with Covid-19 may produce increased levels of these markers, however, tests that are NOT specific to a COVID-19 infection will likely cross-react if a person is suffering from a recent infection (e.g. food poisoning, ear infection) or has an underlying health condition, leading to an incorrect result (false positive and false negatives). Patients most vulnerable to the COVID-19 virus include the elderly or those with underlying health conditions. The use of serological tests on this patient group is risky due to their susceptibility to common infections. A false negative may produce unintended outcomes that could result in a delayed patient intervention and treatment. Further, the use of alcohol, recreational drugs and certain medications can also interfere with test results, increasing the likelihood of false negatives.

Sona’s proprietary test is intended to address the shortcomings and issues present with other testing methodologies. Sona expects to provide near-terms updates on the development of its rapid-response COVID-19 test.

Sona Nanotech Inc. is a nanotechnology life sciences firm that has developed two proprietary methods for the manufacture of rod-shaped gold nanoparticles. The principal business carried out and intended to be continued by Sona is the development and application of its proprietary technology for use in multiplex diagnostic testing platforms that will improve performance over existing tests in the market.

Sona’s gold nanorod particles are CTAB (cetyltrimethylammonium) free, eliminating the toxicity risks associated with the use of other gold nanorod technologies in medical applications. It is expected that Sona’s gold nanotechnologies may be adapted for use in applications, as a safe and effective delivery system for multiple medical treatments, pending the approval of various regulatory boards including Health Canada and the FDA.

Sona is a publicly listed company on the Canadian Securities Exchange existing under the laws of Nova Scotia, with its operations in Nova Scotia.

This press release contains forward-looking statements and information that are based on the beliefs of management and reflect the Company’s current expectations. When used in this press release, the words “estimate”, “project”, “belief”, “anticipate”, “intend”, “expect”, “plan”, “predict”, “may” or “should” and the negative of these words or such variations thereon or comparable terminology are intended to identify forward-looking statements and information.

This corporate update reflects management’s outlook on current business plans and is based on management’s best information, plans and market factors at the time of writing. No assurances can be provided to the reader that any forward-looking statements will be realized. The reader is cautioned to consider risk factors such as competition, continued spread of the COVID-19 virus and factors such as cures, vaccines, treatments or if the COVID-19 virus will continue to present as a health threat.

There are several important factors that could cause the Company’s actual results to differ materially from those indicated or implied by forward-looking statements and information. Such factors include, among others, risks related to Sona’s proposed business, such as failure of the business strategy and government regulation; risks related to Sona’s operations, such as additional financing requirements and access to capital, reliance on key and qualified personnel, insurance, competition, intellectual property and reliable supply chains; risks related to Sona and its business generally, such as infringement of intellectual property rights and conflicts of interest. The Company cautions that the foregoing list of material factors is not exhaustive. When relying on the Company’s forward-looking statements and information to make decisions, investors and others should carefully consider the foregoing factors and other uncertainties and potential events. The Company has assumed a certain progression, which may not be realized. It has also assumed that the material factors referred to in the previous paragraph will not cause such forward-looking statements and information to differ materially from actual results or events. However, the list of these factors is not exhaustive and is subject to change and there can be no assurance that such assumptions will reflect the actual outcome of such items or factors. While the Company may elect to, it does not undertake to update this information at any time.

Click here to connect with Sona Nanotech Inc. (CSE:SONA) for an Investor Presentation.