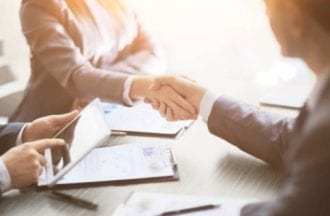 Collaboration agreements between biotech companies are a way for companies to expand their drug portfolios without committing to a merger or acquisition.

Collaboration agreements between biotech companies are one of the best methods for companies to expand their  drug portfolios without commiting to a merger or acquisition.

On Tuesday (April 3) Allogene Therapeutics, a privately-held biotechnology company, announced that it will continue a collaboration agreement with Cellectis (NASDAQ:CLLS) and that it had entered into an agreement, with Pfizer (NYSE:PFE). Both agreements are to expand the immuno oncology portfolios of each company through continued development of Allogene’s CAR T therapies.

The agreement between Allogene and Cellectis began in June 2014, which guaranteed Cellectis exclusive rights to develop and commercialize the Universal Chimeric Antigen Receptor T-cells (UCART) programs.

“Our mission at Allogene is to catalyze the next revolution in cancer treatment through the development of allogeneic CAR T therapies directed at blood cancers as well as solid tumors,” David Chang, president and CEO of Allogene said in the release. “We believe this collaboration fuels our mission and we look forward to partnering with Cellectis to accelerate the development of allogeneic cell therapies.”

This program is an off-the-shelf product which could potentially change the entire oncology market by offering a quicker way to change CAR T cells by treating each patient immediately.

A previous CAR T treatment discovered by Arie Belldegrum and David Chang took patients white blood cells and genetically engineered them to attack cancer. The two discovered the treatment under with Kite Pharma, who then sold the company to Gilead Sciences (NASDAQ:GILD). After selling, Belldegrum and Chang founded Allogene thanks to the$300 million and licensing competing technology raised from Pfizer.

In the case of  Allogene’s agreement with Pfizer, the companies entered into an asset contribution agreement for allogeneic CAR T therapy. Pfizer now holds a 25 percent stake in Allogene.

“The allogeneic CAR T platform represents a potentially transformative approach to treating cancer, and we are very excited about what the future may hold for this area of research,” said Robert Abraham, Senior Vice President and Group Head, Oncology Research & Development, Pfizer. “Pfizer will be well-positioned to rapidly advance into potential innovative new therapies, and ultimately to reach patients in need more quickly.”

Following the announcements on Tuesday (April 3), Pfizer’s share price increased 1.80 percent to $35.68 at market close. This may not sound like a big increase, but for a big pharma company like Pfizer, even the small increases are important.

For, Cellectis, investors are clearly interested in this company as its share price increased 25.38 percent to close at $38.53 on Tuesday. Oppenheimer analyst Hartaj Singh reiterated a “buy” position for the company Tuesday. Nomura analyst Christopher Marai gave the company a $73.00 price target, also with a “buy” position.

Investors interested in the I/O market should keep on eye on Allogene. Though the company is in the early stages of developing new therapies, CEO Chang told Forbes this one won’t take more than five years like the previous therapy for Kite.