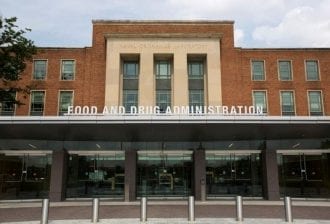 At the first day of the Biotech Showcase Conference in San Fransisco, a panel discussion on the FDA discusses the new leadership and initiatives from the agency.

Monday (January 8) marked the first day of the Biotech Showcase conference in San Francisco, California, and the Investing News Network (INN) was there taking in panel discussions with experts and also to gain analyst insight in the markets.
A panel at the show took a closer look at one of the key factors in biotech, many investors need to be aware of, the regulatory bodies controlling the approvals of candidates. The past year saw a lot of major developments for the U.S. Food and Drug Administration (FDA) as a new leadership took charge in the hands of Dr. Scott Gottlieb, the commissioner appointed by US president Donald Trump.
Since the arrival of Trump, uncertainty has dominated the conversation in regards to the agency. The panel discussion, “The impact of new leadership and new initiatives at FDA,” however, explained how the agency actually follows its mandate beyond the White House.

New leadership for the FDA changes priorities, but doesn’t reverse course for their regulations

The moderator Philip Katz, partner with law firm Hogan Lovells, proposed the panel of FDA experts the statement that the agency evolved organically as opposed to mandated by a new administration in Washington.
According to Dr. Gayatri Gao, outgoing director for the office of orphan drug products development at the regulatory agency, from their perspective nothing has changed in terms of the administration.
John Jenkins, principal at Greenleaf Health and former director for the office of New Drugs at the FDA, said Gottlieb’s precious experience with the agency has helped him greatly in running it. Gottlieb served as deputy commissioner for medical and scientific affairs during the George W. Bush administration.

Time for companies to engage the regulatory agency

Nancy Bradish Myers, president of the consulting firm Catalyst Healthcare Consulting, said this is a rare time for the agency as it publicly engages with the market like no other time before. She said this is a perfect opportunity for companies to approach the agency and discuss issues with regulatory framework and upcoming guidances.
Myers recommended companies to be be creative and take a step forward to engage with this FDA, which she said seems willing to expand the interpretation of their own stature.

Another changing aspect for the FDA is the volume of orphan drug applications, Gao, said 2016 was a record year for the FDA in terms of the volume of orphan drug requests. This continued with similar numbers in 2017.
“[W]e see both new molecular entities as well as products that have been previously approved for another disease, often a common disease or a rare disease coming in and being developed again for a different rare disease,” Gao said.
The outgoing director highlighted an issue about the abuse of the orphan drug designation to the audience. She said drugs that have been approved for different uses can and do take advantage of the orphan drug designation by getting studied for new rare uses.
However, she said this is becoming a question in the industry over whether these drugs and their manufacturers should be allowed to have those incentives in that context.
“Certainly within the regulatory context can one imagine a scenario where you could go to rulemaking to, say in those specific contexts, a company could not get orphan designation or could only get orphan designation should they pass x, y and z hurdles,” Gao said.

For investors one of the key highlights from this inside look into the changes of the FDA should be the recommendation from Myers for companies to engage the regulatory agency more often. It will be interesting to see how many companies actively proceed with this option, which could lead to significant improvement of the regulatory process.
Stay tuned for our additional coverage on the Biotech Showcase conference, where we will post information on the various panels and the work of presenting public companies. Follow us on Twitter at @INN_LifeScience for more photos from the show floor.
Don’t forget to follow us @INN_LifeScience  for real-time news updates.