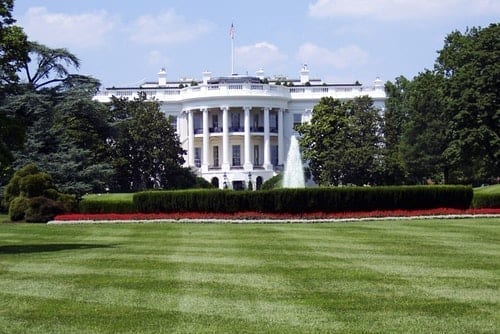 Initial public offerings meant to take place are facing a huge barrier due to the ongoing US government shutdown.

The US government shutdown is still on and is now the longest ever. As a result, initial public offerings (IPOs) meant to take place are facing a huge barrier.

IPOs are tied to the shutdown because the US Securities and Exchange Commission (SEC) has limited staff on hand. The SEC is responsible for protecting investors while maintaining a fair and orderly market, among other responsibilities. Under its current operational status, the SEC only has enough staff to accommodate emergency situations, and respond to complaints and other unique situations.

During the Biotech Showcase, which took place in San Francisco from January 7 to 10, the government shutdown was in stark focus at many panels in terms of financing and IPOs.

At a lunch plenary on January 9 regarding the intersection of policy and sentiment for the biotech industry, Rachel King, CEO of GlycoMimetics (NASDAQ:GLYC), said the government shutdown is a disaster for the companies that intended to go public over the week. The week of the Biotech Showcase and the JP Morgan Healthcare Conference has long been a notable time for big IPOs in the healthcare sector.

“Timing is everything for IPOs,” King said. She added that if the shutdown isn’t resolved soon, startups, company valuations and other upcoming IPOs in 2019 could continue to be affected.

Companies waiting to join the public market on the NASDAQ and New York Stock Exchange include: Poseida Therapeutics, Alector, Anchiano Therapeutics (TASE:ANCN), Kaleido, Cirius Therapeutics and BrainsWay (TASE:BRIN). All of these companies have filed their IPOs with the NASDAQ and SEC, but won’t be approved until the latter is up and running again.

Poseida and Alector have the highest IPO offerings compared to other upcoming life science companies at US$115 million and US$150 million, respectively. Kaleido sits further down on the list at US$100 million and Cirius is at US$86.25 million, all according to the NASDAQ’s list of recently filed IPOs.

Starting off with Poseida, the company is a clinical-stage biotech stock that is using its proprietary next-generation gene-engineering technologies to develop life-saving therapies. Its initial focus is on CAR-T product candidates for hematological malignancies and solid tumors.

This oncology company aims to address the current limitations of other CAR-T therapies, such as response duration, treating solid tumors and safety concerns. In 2019, on the public market or not, Poseida intends to pursue a registrational clinical trial for P-BCMA-101. This targets B cell maturation antigen expressed on multiple myeloma cells. The goal for this trial is to move towards a biologics license application filing by the end of 2020.

Alector is on the path of pioneering immuno-neurology for neurodegenerative diseases such as Alzheimer’s disease (AD). AL002 is the company’s lead drug candidate and is currently in a Phase 1 trial. The drug targets a triggering receptor expressed on myeloid cells 2, which was identified in a large-scale trial dedicated to human genomic studies of AD patients. Alector already has a Big Pharma partnership with AbbVie (NYSE:ABBV) for AD and other neurodegenerative indications.

Anchiano is working on its second IPO and a first-of-its-kind gene therapy in non-muscle invasive bladder cancer. This indication has a potential market value of US$1.5 billion. Other indications the company is working on are ovarian and pancreatic cancer. In total, the company has eight ongoing trials for three indications with a single drug candidate, inodiftagene.

Working in a newer category of therapies, Kaleido has a pipeline of microbiome metabolic therapy candidates for an array of indications. The most advanced indication is ammonia, for which the company is finishing up non-investigational new drug (IND) human clinical studies for a potential IND filing. The company raised US$101 million in June 2018 in an oversubscribed Series C financing.

Next up, Cirius is working on mitochondrial metabolism, which rebalances a metabolism at its roots, through a new class of drugs. A big focus for this technology is Nonalcoholic Steatohepatitis, for which the company is currently enrolling patients with fibrosis in a Phase 2b trial. In animal studies this technology has shown to protect the liver against damage, including fibrosis.

The last and most recent company to file its IPO is BrainsWay. The company is working on deep transcranial magnetic stimulation, which provides the brain with new depth and breadth to produce broad stimulation and functional modulation of targeted areas.

The product has been approved for major depressive disorder since 2013 and has de-novo clearance for obsessive compulsive disorder. It also has a European Commission mark and is sold globally for multiple brain disorders.

The ambitions of all these companies are on hold until the government can come to a budget agreement and settle the shutdown. Until then investors are encouraged to follow company news for updates.

One response to “Which Life Science IPOs is the Government Shutdown Affecting?”