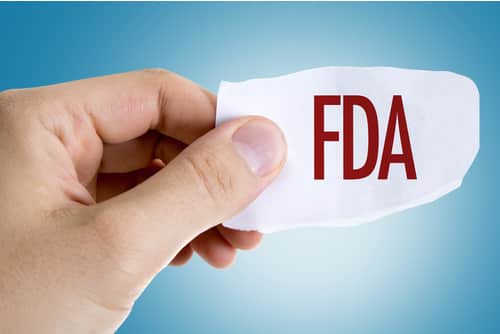 The FDA has awarded Gilead its second treatment for HIV infection prevention. The company received the first ever approval in 2012.

Preventing HIV infections got a little easier on Thursday (October 3), when the US Food and Drug Administration (FDA) awarded the second ever prevention treatment to biotech mammoth Gilead Sciences (NASDAQ:GILD).

Called Descovy, Gilead Sciences’ treatment is a pre-exposure prophylaxis (PrEP) treatment. PrEP is a pill that people who are at risk of contracting HIV take every day in order to prevent the contraction of HIV.

Prior to the FDA’s approval of Descovy, the only other existing PrEP treatment for HIV prevention was Truvada — also developed by Gilead Sciences — which received the nod from the agency in 2012.

“Descovy for PrEP provides a new HIV prevention option that matches Truvada’s high efficacy with statistically significant improvements in renal and bone safety, which can be an important consideration as people at risk increasingly use PrEP for longer periods of time,” Daniel O’Day, chairman and CEO of Gilead Sciences, said in Thursday’s press release.

In a statement from the FDA, Jeffrey Murray, deputy director of the Division of Antiviral Products in the FDA’s Center for Drug Evaluation and Research, said PrEP treatments are effective when they are taken as intended and are effective in preventing HIV infections.

“This approval provides more prevention options for certain patients at-risk for acquiring HIV and helps further efforts by the FDA and the U.S. Department of Health and Human Services to facilitate the development of HIV treatment and prevention options to reduce new HIV infections,” Murray noted.

The FDA’s approval of Descovy comes following a supplemental new drug application made by Gilead Sciences under a priority review designation. The drug’s approval is also backed by the company’s Phase 3 Discover trial, which evaluated its safety and efficacy in tandem with Gilead’s Truvada.

The FDA’s statement advises that there is a warning on the Descovy box for those with hepatitis B virus (HBV) to be aware of the potential for HBV flare ups should they stop using products with emtricitabine or tenofovir disoproxil fumarate.

Descovy first received FDA approval in 2016 to be used in combination with other antiretroviral drugs to treat HIV-1 infection in adult and children patients.

According to the World Health Organization, roughly 38 million people were living with HIV at the end of last year, while 770,000 people worldwide died from an HIV-related illness in 2018. A research report from IMARC Group estimates that the global HIV treatment market will be worth US$22.5 billion by 2024, which is down from US$24.7 billion in 2018.

The report says this decline is correlated to HIV treatments having a range of side effects, including hyperlipidemia, osteopenia, lipodystrophy and osteoporosis. Patients are not able to withstand the side effects, so treatment is stopped.

That being said, the Centers for Disease Control and Prevention state that PrEP medications exist to prevent exposure to the virus itself. According to the agency, PrEP helps reduce the risk of infection by 99 percent when taken on a daily basis.

“Descovy for PrEP offers healthcare providers and appropriate people at risk for HIV an additional biomedical prevention option with a demonstrated improvement in bone and renal safety parameters as compared to Truvada,” Edwin DeJesus, medical director at the Orlando Immunology Center, said in Gilead’s Thursday announcement.