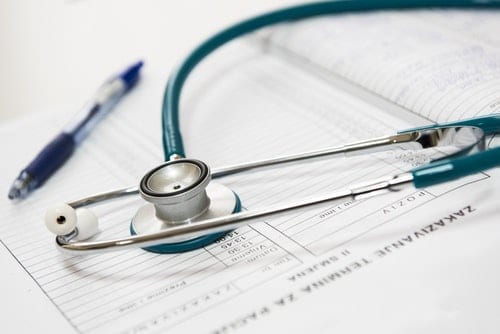 Cyclacel Pharmaceuticals’ (NASDAQ:CYCC) CDK inhibitor data from 2018 is one of the multiple catalysts that will lead to more news for the company in 2019 its CEO, Spiro Rombotis, told the Investing News Network (INN) at the Biotech Showcase.

In April 2018, Cyclacel presented Phase 1 clinical data at the American Association for Cancer Research (AACR) Annual Meeting on its CDK inhibitor CYC065. The findings showed the drug could suppress the cancer survival protein Mcl-1 in peripheral blood for at least 24 hours. This was observed in 11 out of the 13 patients in the trial.

“The main issue in modern day cancer therapy is that we encounter resistance to existing available drugs,” Rombotis said. Eventually the drugs aren’t successful in killing enough cancer cells and there’s a lower sensitivity which is when the patient relapses and the disease progresses. Cyclacel’s foundation is based on developing therapeutics to deal with these “mechanisms of resistance,” he said.

This is where the field of CDK inhibitors comes in. This class of compounds was awarded a 2001 Nobel Prize for “key regulators of the cell cycle.” It’s taken 14 years since the first trial reached the market — after the Nobel Prize — via Pfizer’s (NYSE:PFE) IBRANCE (palbociclib). The drug was later approved in 2015 by the US Food and Drug Administration. Rombotis said Cyclacel is leading this new field of CDK molecules, “that hit enzymes 2 and 9, CDK2 and CDK9, which affect transcription.”

The result of a successful drug candidate as shown in the AACR data is that relevant protein needs to be lowered to avoid cancer cell becoming resistant. Rombotis said Cyclacel is the only company to show this kind of data in this new space of oncology therapy.

In 2018, the company also announced a multi-year, multi-product alliance with MD Anderson Cancer Center. This is one of the world’s centers for hematological malignancies among other cancers. Over three years the center will be the “principal risk” and “absorb” the cost of four different clinical trials, enrolling up to 170 patients, Robotis said. “Cyclacel will remain the sponsor of the trials and design the protocol.”

In return, the center will receive compensation only if the drugs reach the market and for the indications tested in this collaboration, he said.

This collaboration is key to Cyclacel’s spending and profit and loss. Rombotis said the company has taken most of its “early burn” for the next year-and-a-half, enabling it to extend normally until mid-2020. This translates into cash availability beyond the time the company expects to get results from these four clinical trials.

Paul McBarron, Cyclacel’s chief operating officer and executive vice president of finance, told INN the company has historically been “economical” with money. The company has been able to raise finance, generally on clinical data progression. McBarron said the trials are done efficiently to extend the cash and the company has just 15 people.

Another key takeaway from Cyclacel’s ongoing pipeline is the ability to use drugs on both liquid and solid tumors. Rombotis said this is becoming increasingly popular as companies understand molecular mechanisms and focus drugs on the genomic profile.

Other catalysts for the company that should play out in 2019 based off 2018 news focuses on Cyclacel’s second program, PARP, which is in DNA damage response — or DDR. Rombotis describes the term as “the ability of jamming the cancer cell’s process for block and repair of DNA.” Cancer cells find ways to block repair and continue to make mistakes which ultimately contributes to the spread of cancer. Stopping that process and restoring DDR could prove to be an efficient means of controlling cancer.

The company did a Phase 1 program with this compound and found that all patients with BRCA mutations benefitted from the trial. In 2019, Rombotis said the company plans to initiation a Phase 1b/2 clinical trial conducted at the Dana-Farber Cancer Institute with collaborators Cyclacel and AstraZeneca (NYSE:AZN).

For investors interested in more information on Cyclacel, follow the company’s news to see these catalysts come into play in 2019.