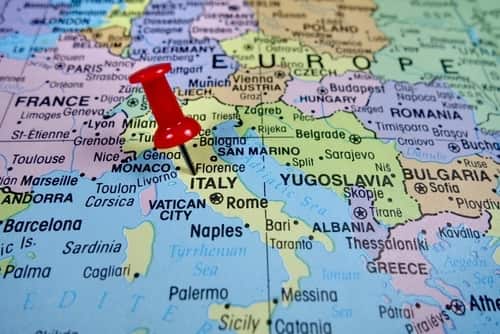 Rubraca is eligible for reimbursement in various countries in Europe, and Clovis is looking at doing the same in more countries in 2020.

Patients in Italy prescribed with Clovis Oncology’s (NASDAQ:CLVS) Rubraca can now get reimbursed thanks to an approval from the Italian Medicines Agency, the company announced on Wednesday (November 13).

Rubraca — also known as rucaparib — is a treatment for women with relapsed, platinum-sensitive ovarian cancer who have a BRCA1/2 mutation or who are BRCA wild type.

BRCA mutations are mutations that fall under the BRCA1 and BRCA2 genes, which create tumor-suppressor proteins. These mutations are most commonly found in ovarian and breast cancers. A wild-type gene is a gene that is not mutated or changed.

“The reimbursement of Rubraca in Italy is an important step in the ovarian cancer treatment pathway, as it has shown to be effective across a broad population of women with relapsed ovarian cancer,” Patrick J. Mahaffy, president and CEO of Clovis, said in a release.

Mahaffy continued, saying the company plans to extend the availability of Rubraca to more patients across Europe and that it will be launching the drug in additional countries “in the coming months.”

According to Clovis, Rubraca has been indicated for patients with a BRCA mutation or who are BRCA wild type. In addition to treating ovarian cancer, Rubraca is a treatment for primary peritoneal cancer, which is a rare cancer that develops on the peritoneum, a tissue lining that protects organs in the abdomen.

Rubraca was approved by the European Commission in January of this year following a Phase 3 ARIEL3 trial, which demonstrated that Rubraca improved progression-free survival in patients with ovarian cancer and that it achieved its primary endpoint of prolonging progression-free survival versus a placebo. The safety and efficacy of Rubraca was compiled from 937 ovarian cancer patients who participated in the trial.

January’s approval extended Rubraca’s indication beyond what it was initially marketed and approved for in Europe in May 2018.

“In the ARIEL3 study, in fact, rucaparib doubled disease-free time after a second line of chemotherapy compared to placebo and with a manageable tolerability profile despite a study population very similar to clinical practice, regardless of the BRCA mutation,” said Nicoletta Colombo in Wednesday’s release.

She is director of the Oncological Gynecology Program of the European Institute of Oncology and an associate professor at the University of Milano-Bicocca.

Prior to Rubraca’s approval by the European Commission, the treatment was awarded US Food and Drug Administration approval in April 2018, also based off Phase 3 ARIEL3 clinical data.

The World Cancer Research Fund estimates that a total of 300,000 ovarian cancer cases were reported in 2018, with Serbia, Brunei, Belarus, Poland and Latvia having the highest rates of the disease.

Looking forward, a research report from Technavio estimates that the ovarian cancer treatment market size will grow by US$2.68 billion during the forecast period of 2019 to 2023, increasing at a compound annual growth rate of 22 percent.