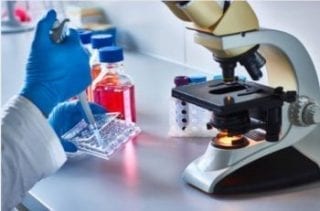 A new report by Grandview Research suggests that global novel drug delivery systems (NDDS) in cancer therapies will reach $26.61 billion by 2025, growing at a compound annual growth rate of 22.9 percent from $4.31 billion in 2016.

One of the leading causes of death worldwide, cancer, has steadily increased to 8.8 million deaths in 2015, according to the World Health Organization. Biotech and pharmaceutical companies are using this increase as a lead to invest more money in their research and development (R&D) to find cures and therapies for many types of cancer.

Case in point, a new report by Grand View Research released on February 13 called  “Biotech and Big Pharma Industry Increase R&D Activity for Novel Cancer Therapies,” indicates that global NDDS in cancer therapy is projected to expects the market to increase 22.9 percent to $26.61 billion by 2025, up, from $4.31 billion in 2016 and representing a compound annual growth rate (CAGR) of 22.9 percent between now and then.

Some reasons for this projected market increase the report said are, “worldwide increasing incidence of cancer, availability of research funding, increase in awareness about alternative methods for treatment, and favourable reimbursement scenarios in developed nations.”

The use of nanoparticles—small particles developed to target cancer cells and cause minimal damage to healthy tissue and organs, also used in radiation—to treat cancer should also boost the market growth, already accounting for more than 70 percent of the global NDDS in cancer therapy. The leading causes of cancer deaths are lung, stomach, and colorectal for men and women both sexes worldwide.

According to the report, North America is the leader when it comes to novel drug delivery systems, accounting for 36.8 percent of the overall revenue in 2016.

Contributing factors to North America’s dominance includes: the rise in research for new therapies, a budget increase for novel drug discovery, increasing awareness, and an increase in cancer incidents.

FDA approvals for NDSS commercial availability and an increase in clinical trials should continue contributing to the market growth in North America, the report says.

The Asia Pacific market, which is projected to grow the fastest between now and 2025, resulting in an increase in cancer in China and Japan, an increase in population in Japan, and the US and China teaming up to strengthen cancer research.

Meanwhile, Europe holds the second largest share in the NDSS in the cancer therapy market in 2016, with growth in this region also projected to steadily increase in part due to a larger number of cancer patients and an increase in research funding for cancer therapies, to name a few.

This clinical-stage biotechnology company is developing targeted cancer therapeutics with its antibody-drug conjugate technology. It’s lead product candidate, Mirvetuximab Soravtansine (IMGN853), is focused on a treating ovarian cancer. ImmunoGen is hoping to report data from Phase 1 of their IMGN779 study for acute myeloid leukemia, and from their forward 2 for IMGN853, continuing to invest money in R&D for NDDS in cancer therapy.

Moleculin has just announced it will increase their R&D through a collaboration with Emory University to develop novel treatment of pediatric brain cancer. “This research seems to confirm what other studies have shown; namely that WP1066 is capable of tumor suppression of many human cancers including brain tumors transplanted into mice,” commented Walter Klemp, Chairman and CEO of Moleculin in the press release. “This adds to a growing list of prestigious cancer research centers interested in using (exploring/developing) WP1066 to treat cancer patients.”

Nektar is a developmental-stage biopharmaceutical company working to develop treatments for cancer, auto-immune disease, and chronic pain. One product in the company’s pipeline, Onzeald, in it’s Phase 3 trial may be the first therapy approved to treat brain metastases in women with advanced breast cancer—between 10-30 percent of women are diagnosed. This company is adding R&D with another trial, Opdivo by Bristol-Myers Squibb (NYSE:BMY) with Nektar’s NKTR-214—developed to expand and activate cancer-fighting T cells and natural killer cells to the tumour micro-environment—patients with a high response rate had melanoma and renal cell carcinoma (kidney cancer).

A big pharma company, Pfizer, is a global biopharmaceutical company with a wide range of products such as vaccines, consumer healthcare products, and prescriptions. The company has almost 100 products in R&D, works in 160 countries and has returned $12.3 billion to shareholders through dividends and share repurchases in 2016.

Teva is an Isreal-based pharmaceutical company working on developing new drugs and generic versions for pain, women’s health, oncology and other ailments. Their main products in oncology are for chronic lymphocytic leukemia and B-cell non-Hodgkin’s lymphoma.

Though its their R&D has lowered in the last year for the company, the company wrote in its their financial update of 2017 that it’s down 42 percent due to, “various efficiency measures as well as the reversal of the annual bonus accrual.” In late 2017, the company received a FDA approval for Trizenox, an injection for first line treatment of acute promyelocytic leukemia.

Pfizer’s stock price increased 2.22 percent from $34.58 since the news of the FDA approval from Monday (February 12). Finally, Teva’s share price decreased 11.22 percent since the release of its 2017 year results. A Zacks analyst report says, “Teva is facing significant challenges including generic competition for Copaxone, pricing erosion in the U.S. generics business,” accounting for the share price decrease.

All market cap and stock price quotes were taken from Google Finance February 13, 2018 after market close.

Don’t forget to follow us @INN_LifeScience  for real-time news updates.

Securities Disclosure: I, Gabrielle Lakusta, hold no investment interest in any of the companies mentioned.