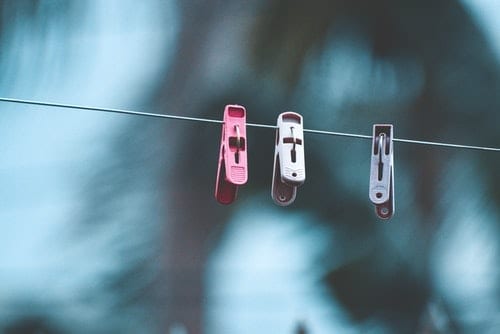 With Q3 2019 officially over, the Investing News Network shares a biotech market update on the biggest news and trends in the space.

As the case usually goes for the biotechnology sector, the third quarter of the year was slow, particularly in terms of initial public offerings (IPOs).

But even with the decline in companies going public, it was still a rich quarter thanks to developments in niche areas and notable US Food and Drug Administration (FDA) approvals.

On that note, with Q3 2019 officially in the books, here the Investing News Network (INN) is looking back on the period, honing in on the biggest news in biotech and what’s in store for the rest of the year.

As mentioned, the quiet summer months brought a cooldown in biotech-related IPOs. Between July and September, across the biotech sector there were only seven IPOs totaling US$599 million, according to Evaluate Pharma. That is the lowest number seen in a quarter since Q1 2017.

Evaluate Pharma says that the slowdown in IPOs was partially related to a bumpy quarter for the stock market. The NASDAQ Biotechnology Index (INDEXNASDAQ:NBI) had a tumultuous quarter and slipped nearly 10 percent near the end of Q3.

Another possible reason for the low number of IPOs could be that offerings were smaller than issuers initially asked for, forcing companies to accept these lower valuations.

The top three biotech companies launching on the public markets during the quarter were:

SpringWorks Therapeutics and IGM Biosciences were the heavyweights during the quarter and managed to launch before the index took a sour turn in late September.

Advances in gene therapy continued to play a pivotal role in the market.

In an interview with INN, Pratik Pangaonkar, senior healthcare analyst at GlobalData, said 2018 and the first half of 2019 really set the stage for gene therapy.

Pangaonkar pointed out companies like Spark Therapeutics (NASDAQ:ONCE) and Rocket Pharmaceuticals (NASDAQ:RCKT), which have had notable developments in gene therapy.

“Gene therapy is definitely … expected to have better results in the upcoming years,” he said.

Case in point: Spark Therapeutics announced in September an enhanced genetic test for inherited retinal diseases (IRDs). It will be able to test roughly 250 genes that have been found to be related IRDs.

Janel Firestein, life sciences industry lead and partner with Clarkston Consulting, told INN companies in the cell and gene therapy market are ones to watch out for.

“Those organizations are different. Their innovation (and) how their supply chains work … they are really more of a white glove service to the patient,” she said.

Firestein described some major acquirers, such as biotech giant Gilead Sciences (NASDAQ:GILD) — which bought Kite Pharma in 2017 — as having to “keep their hands off to an extent.”

She added, “Finding that right balance is going to be important where acquisitions are occurring in cell and gene therapy so that they don’t lose that white glove, which they can’t.”

Late in the quarter, Aimmune Therapeutics (NASDAQ:AIMT) had a positive advisory committee meeting for its drug AR101 for peanut allergies, which will be pivotal for the industry looking ahead.

“If approved, it will be the first of its kind, so that’s … (positive) for allergies,” Pangaonkar said.

Moving forward, advances in gene therapy will continue being made and will have a large impact on the biotech space.

A report from Evaluate Pharma states that the commercialization of new technologies in gene therapies comes as the discourse around issues related to pricing is growing louder ahead of the election.

“Regardless of the outcome, the political and social momentum to address rising drug prices is unlikely to go away,” the report reads. “Even with pricing pressure, there remains significant unmet need within the industry, which will continue to drive innovation and drug sales.”

In terms of other therapeutic areas, Samuel Macleod, senior healthcare analyst at GlobalData, told INN that therapies for non-alcoholic steatohepatitis (NASH), which is a liver disease, will be an area of interest for the rest of this year and into next year as readouts are expected to occur.

“It will be interesting and it will be important in … NASH materializing in what has been dubbed a potential US$25 billion market,” Macleod said.

He said Intercept Pharmaceuticals (NASDAQ:ICPT) has submitted its treatment Ocaliva for approval to the FDA to treat NASH. It would be the first approved treatment for the condition.

“There’s a lot of excitement and a lot of interest in (NASH) and it’s been building up for years. It’s finally looking at it materializing and whether or not it will materialize will be interesting,” he said.

Barclays Sees Upside in US Biopharma Industry
What is Genetics Investing?
How Do Medical Devices Get Approved?
Why Consider Investing in Pharmaceutical Stocks?