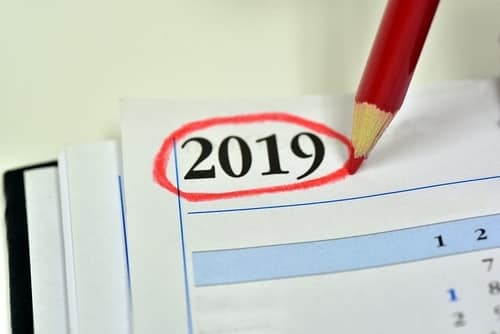 With Q2 2019 officially over, the Investing News Network shares a biotech market update on the biggest news and trends in the space.

In the second quarter of the year, the biotechnology sector continued to see merger and acquisition (M&A) activity, as well as an ongoing surge in initial public offerings (IPOs).

Similar to the pharmaceutical sector, drug pricing remained in conversation as the debate around regulation went on; this topic is expected to remain in focus for the foreseeable future.

On that note, with Q2 2019 officially in the books, here the Investing News Network (INN) is taking a look back on the first quarter of the year, honing in on the biggest news in the biotech space and what’s in store for the rest of the year.

During the second quarter of the year, there were only 22 major mergers and acquisitions in the pharmaceutical and biotech industries, which is the smallest number of total quarterly deals made in those sectors in at least a decade.

Some of the major acquisitions are as follows:

“We’re seeing these mega mergers occur,” Janel Firestein, life sciences industry lead and partner with Clarkston Consulting, told INN. “I think that this is going to continue as the year goes on and organizations look to ‘how do we continue to grow,’ ‘how do we continue to invest and expand our portfolio looking for the next big thing.'”

Gilead Sciences (NASDAQ:GILD) revealed in May that it will be collaborating with biotech company Goldfinch Bio to develop products for patients with kidney diseases.

In terms of IPOs, the second quarter was robust with biotech companies joining the public space. According to market watcher Brad Loncar, there were 19 biotech IPOs during the quarter, with most of them coming during the month of June.

Overall, 2019 has seen a surge in healthcare IPOs, with 25 out of the 32 recorded coming from the biotech space, as per research from Renaissance Capital.

Loncar states that the quarter’s top IPOs include:

As noted, drug pricing remains under scrutiny in the biotech space. Firestein gave Novartis’ US$2.1 million drug, Zolgensma, as an example. It is currently the most expensive drug in the world.

Zolgensma is a gene therapy that treats children under the age of two with spinal muscular atrophy (SMA), a muscle-wasting condition that has the potential to be lethal, particularly in early childhood.

As reported by Reuters, Dr. Emmanuelle Tiongson, a pediatric neurologist at Children’s Hospital Los Angeles, has said that the drug is possibly a “new standard of care” for infants with SMA. Novartis executives have defended its expensive price tag by claiming the one time treatment is “more valuable” than administering long-term treatments that cost thousands of dollars per year.

“What does that mean from a pricing perspective? It is a cure, too, so when you’re thinking about curative medicines, it’s also a new technology,” said Firestein

She continued, stating that when it comes to where the industry is going in terms of making advancements and financing, innovation in the space continues growing.

Much like the pharmaceutical space, drug pricing will remain a topic of interest in the biotech sphere. But with the 2020 presidential election looming, Firestein said that while discussions will continue, she doesn’t anticipate much changing because “we really haven’t seen a lot of change at this point.”

She commented, “I do think that there’s going to be a lot of noise, and it’s going to impact publicly traded organizations. But until there’s alignment around what to do with drug pricing, I don’t think we’re going to see progress.”

A report from Evaluate states that the commercialization of new technologies — in particular gene therapies — comes as the discourse around these issues is growing louder ahead of the election.

“Regardless of the outcome, the political and social momentum to address rising drug prices is unlikely to go away,” the report reads. “Even with pricing pressure, there remains significant unmet need within the industry, which will continue to drive innovation and drug sales.”

In terms of M&A activity, Firestein said that for both biotech and pharma there will be a couple more big deals this year as companies look to add complementary or innovative therapies to their pipelines.

“When I say complementary, I mean therapies that expand (companies’) therapeutic portfolios or innovative drugs,” she said, highlighting Celgene’s (NASDAQ:CELG) US$9 billion acquisition of Juno Therapeutics, which took place in early 2018.

In 2019, it was revealed that Bristol-Myers Squibb (NYSE:BMY) would be acquiring Celgene, a move that shareholders approved in April of this year.

“That continuous innovation and acquisition that’s occurring and where we also potentially see partnerships — I think there’s going to be more of these mega acquisitions in the coming year,” she said.