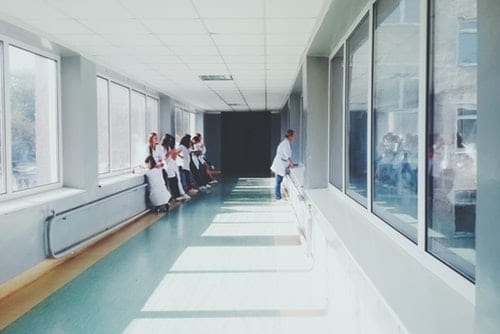 Bellerophon Therapeutics announced the completion of enrolment for its iNO-PF trial and said it expects top-line results in January 2019.

Completing enrolment of a clinical trial itself is pivotal for clinical stage companies, which Bellerophon Therapeutics (NASDAQ:BLPH) announced on Tuesday (October 9) in addition to its expected date for top-line data from the trial.

Updated interim results from the Phase 3 study were also announced for Pulmonary Arterial Hypertension (PAH), which is another type of high blood pressure.

“The completion of enrollment in cohort 1 represents an important milestone for our INOpulse clinical development program,” Fabian Tenenbaum, CEO of Bellerophon, said in the press release. “We look forward to the availability of these results early next year.”

The trial enrolled 40 subjects with PH-ILD in the Phase 2b trial for the INOpulse. As with most trials, the subjects will be randomized and split up to either take the placebo or inhaled nitric oxide (iNO) 30 (30 mcg/kg IBW/hr).

Some endpoints from the trial include a change in six-minute walk distance, oxygen saturation, activity monitoring and patient reported outcomes among other endpoints.

In addition to the ongoing trial, Bellerophon plans to expand the study to address higher doses of iNO and patients experience, also with a longer duration of treatment. These two other groups will include about 20 subjects each to receive either iNO 45, iNO 75 or the placebo.

The groups will also receive blinded treatment for a longer duration of eight to 16 weeks. Enrollment for these groups should begin later in 2018 with the data projected for released in 2019.

Bellerophon also plans to modify the study in the future, ideally to allow dose escalation when patients are aware of which treatment they are given in the open-label period after initial blinded treatment.

Tenenbaum said in release that “200,000 patients in the US suffer from [PH-ILD],” which has an average survival rate of two years after diagnosis. The disease currently has no approved therapies because the underlying lung disease has symptoms that contradict the use of approved therapies the high blood pressure.

Interim results from the company’s INOvation-1 Phase 3 study were also noted in the release. The results came after patients in this trial went through 16 weeks of blinded therapy. Results showed an improvement in pulmonary vascular resistance, cardiac output, among others. Overall the results were positive and show an improvement in symptoms of PAH.

The company’s INOpulse technology is a nitric oxide candidate is inhaled by patients. Once inhaled, it enters the smooth muscles and opens them along with blood vessels to reduce strain and lower blood pressure.

Bellerophon is using this technology for multiple types of high blood pressure with other underlying diseases, which often prevents the patient from using other therapies to lower blood pressure.

Over the trading period on Tuesday, Bellerophon’s share price saw about a five percent decrease in value to reach US$1.17 as of market close.

According to TipRanks, based on one analyst’s rating the company has a price target of US$3 for the next six months.

Investors interested in this company can check back for news late-2018 to early-2019 for results of the new groups in this Phase 2 trial for PH-ILD. News before this should share enrollment updates and other clinical trial updates.