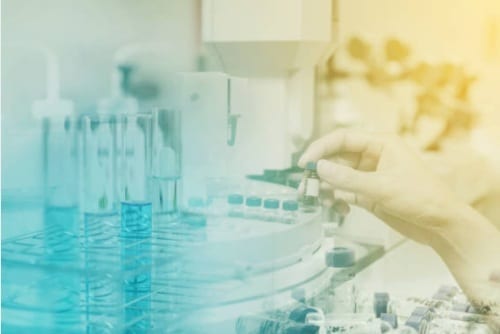 Shares of Axsome increased nearly 20 percent after the announcement, but evened out to an overall 13.21-percent increase to $3.

Confirming clinical trial development is the best way to show that a trial may have further positive data, or at least should not be terminated due to adverse effects.

AXS-05 is being tested in the trial to treat resistant depression, and the company has been granted US Food and Drug Administration fast-track designation for the treatment. The study has been performed on about 40 percent of the target number of patients; after the remaining 60 percent of patients are treated a second interim analyst will be performed.

“The positive outcome of this interim futility analysis combined with the multiple mechanisms of action of AXS-05 support its continued development for treatment resistant depression,” Herriot Tabuteau, CEO of Axsome, said in the press release.

“We look forward to the next and final interim analysis of the STRIDE-1 trial, anticipated in the second half of this year, which will be conducted to assess efficacy,” he added.

The STRIDE-1 trial’s primary endpoint is a change in the Montgomery-Asberg Depression Rating Scale after six weeks of treatment. The drug is a treatment for central nervous system (CNS) disorders made from Axsome’s metabolic inhibition technology.

Treatment-resistant depression is classified as patients who have failed two or more antidepressant therapies for major depressive disorder (MDD). About 6.7 percent of adults in the US experience MDD every year, with symptoms including a depressed mood or loss of interest in pleasurable daily activities for at least a two-week period.

Axsome is a clinical-stage biopharmaceutical company developing therapies for managing CNS disorders with five candidates. Other candidates in the company’s pipeline are for knee osteoarthritis, bone marrow lesions, chronic lower back pain and Modic changes.

In early trading day on Thursday, Axsome’s share price increased nearly 20 percent, but after market close it evened out at an overall 13.21-percent increase to $3.

Investors showed concerns about the company when its IDMC advised that it should discontinue its CREATE-1 trial, resulting in a share price drop of 36.04 percent after that announcement in January.

Those interested in the company should look forward to an update from this STRIDE-1 trial in the latter half of the year from the second interim analysis.