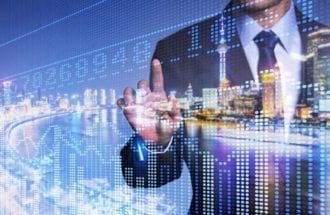 The Investing News Network takes a look at some of the best-performing biotech stocks on the TSX during the first quarter of 2017.

Biotech companies are always on the hunt for new innovations, with a mix of trials in new tech, new drugs or new medical services.
2017 has had an uncertain start for biotech companies that were relying on a revision to the Affordable Care Act in the US. Research, however, is still alive and well in all aspects of the industry.
As such, the Investing News Network takes a look at some of the best-performing stocks in the biotech sector during the first quarter of 2017.
The list below was generated using The Globe and Mail’s market data filter and shows the TSX-listed pharmaceutical companies with the biggest share price gains from January 1 to April 18. Only companies with market caps above $50 million are included.

Current price: $0.92; year-to-date gain: 246.17 percent
Oncolytics has been testing the potential of its lead product reolysin through various stages of trials battling many types of cancer.
Reolysin is the company’s cancer therapeutics that has been used alone and in combination with biologics, chemotherapy, and radiotherapy for various cancers.  On that note, Oncolytics’ currently testing Reolysin treating cancers like pancreatic, breast and lung.
In their financial report for the year 2016 Dr. Matt Coffey, the company’s president and CEO, said the company is expecting data readouts later this year from five Phase II studies, “including one in advanced or metastatic breast cancer.”

Current price: $0.55; year-to-date gain: 100 percent
Spectral is currently focused on treating septic shock through its catalog of products by measuring and treating endotoxemia in the body. In early March 2017, the company received FDA approval for the third PMA module of its toraymyxin treatment of endotoxemic septic shock.
PMX is the company’s device capable of removing endotoxin and has treated 150,000 patients.
In an update to investors, Spectral presented the possibility of treating one million patients per year due to sepsis, with plans for the US market launch of PMX in 2018.

Current price: $12.10; year-to-date gain: 68.76 percent
Rounding out the list is CRH Medical. The company provides healthcare products and services in the US, with a focus on providing physicians with services and products for the treatment of gastrointestinal diseases. The company also supplies anesthesia to its partners.
CRH Medical just recently entered the gastroenterology anesthesia space, but it has already found a solid footing for itself as it expands its services. During their latest financial results,Edward Wright, the company’s CEO paid thanks to some of the acquisitions the company made in 2015 and completed in 2016, “over 2,400 physicians trained to date at more than 930 practices using our CRH O’Regan System.”
In March, CRH announced two new agreements in the gastroenterology sector, with stake purchases with Kissimmee Florida and an option with Puget Sound Gastroenterology, the latter which includes an exclusive agreement to develop and manage a monitored anesthesia care.
Don’t forget to follow us @INN_LifeScience for real-time news updates!
Securities Disclosure: I, Bryan Mc Govern, hold no direct investment interest in any company mentioned in this article.