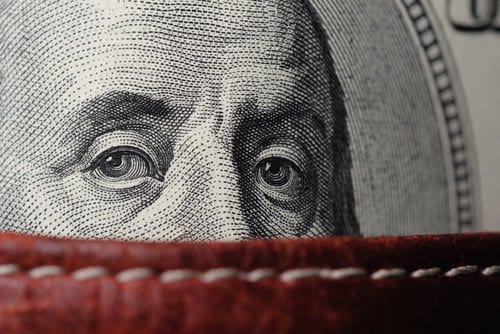 Shares of The Green Organic Dutchman Holdings (TGOD) (TSX:TGOD,OTCQX:TGODF) were crushed at the open of Tuesday’s (November 26) market after the cannabis producer announced a change in its much-needed financing plans.

TGOD informed shareholders on Tuesday it would no longer conduct a previously announced finance through a series of actions; instead, it will pursue a new agreement with Canaccord Genuity.

According to the producer, the new deal will lead it to raise approximately C$22 million in gross proceeds, as part of an offering of 29.3 million shares at a price of C$0.75 per share.

TGOD faced a drop of nearly 16 percent near the end of the trading session on Tuesday, resulting in a price per share of C$0.74 after closing at C$0.89 the previous day. 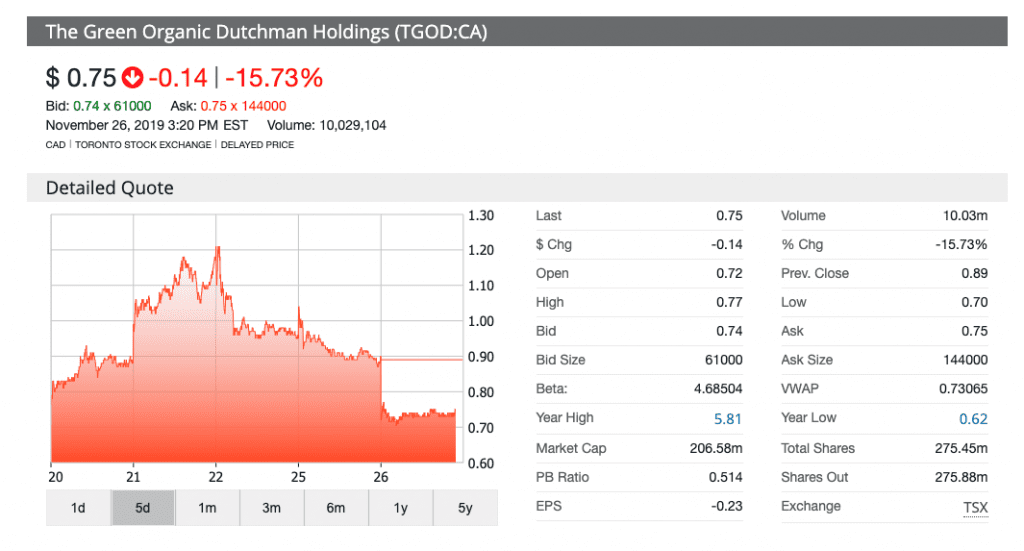 The company will offer its shares by way of a short form prospectus deal, which is expected to close on December 17.

According to TGOD, this deal offers the company more capital at the closing of the transaction and is “less dilutive” compared to its previously revealed financing plan.

“TGOD intends to use the proceeds of the offering to complete construction of its processing facility at Ancaster and for general corporate purposes,” the company said.

On November 14, the company had championed the arrival of a C$103 million funding deal, split into separate phases of activation for the total amount.

Brian Athaide, CEO of TGOD, had said the previously announced financing deal was a show of confidence for the company; however, now TGOD has elected to go forward with the deal from the boutique financial institution.

All the funding being pursued by TGOD is in the hopes to complete the construction of its processing facility in Ancaster, Ontario, and a separate operation in Quebec.

One response to “TGOD Scraps Financing Deal, Elects Offering Instead”