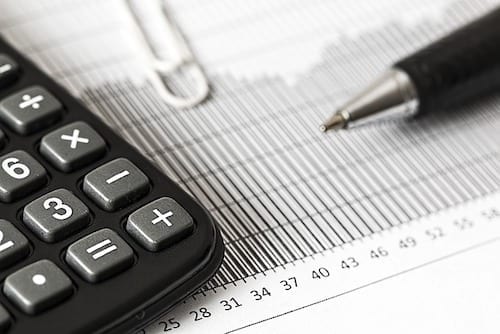 Origin House subsidiary Trichome Financial, a future public company, is set to gain a relationship with an Ontario retail operator.

On Monday (March 18), Origin House (CSE:OH,OTCQX:ORHOF) announced a deal between its subsidiary Trichome Financial and CGS Foods, the owner of a license for a retail shop in Ontario that will be operating with the retail name Ganjika House.

In this agreement, Trichome is set to provide up to C$2 million to the retail operator as part of a revolving credit facility and term loan.

The support will give Trichome back the warrants to buy a stake of at least 10.3 percent and no more than 13.3 percent, “should the entire term loan be drawn.”

This arrangement represents yet another entry, albeit a different one, from a cannabis public firm in the Ontario retail market.

Afzal Hasan, president and general counsel of Origin House, told the Investing News Network (INN) that, due to the separation between the public firm and Trichome, the subsidiary works as a passive financial investor, while Origin House remains an active operational company.

The executive explained that both Origin House and Trichome surveyed the options for deals with Ontario lottery winners and settled with Ganjika due to the experience of the management team as retailers.

When asked if Origin House and Trichome are still pursuing similar arrangements with other Ontario retail operators, Hasan said for now the duo will take it one case at a time, but are in active discussions with operators “looking for either capital or operational support.”

“It’s also been quite a confusing and challenging market in terms of the hysteria that surrounded it,” said Hasan. “Trying to do rational business deals is a challenging exercise.”

The deal has been set for the next two years and the C$2-million offered is secured.

“We believe CGS possesses a significant first mover advantage in a constrained regulatory environment and is well-positioned to earn attractive returns on invested capital while being ideally positioned for industry growth and consolidation,” Michael Ruscetta, CEO of Trichome, said in a press release.

According to Hasan, the path for Trichome has expanded so much that the company will be holding its own investments, performing its own due diligence and working independently.

As part of this separation, Trichome is pursuing a public listing through a reverse takeover of a company on the TSX Venture Exchange.

“With the core of the company’s infrastructure in place and the ability to leverage Origin House’s significant US market knowledge, [Trichome] believes that it is uniquely positioned to capitalize on credit market opportunities in the US market,” the two firms informed shareholders.

Ontario marijuana stores are set to open their doors to consumers starting April 1. Origin House indicated to shareholders that Ganjika House will be ready to open on the suggested date.

The location of this store will be Brampton, Ontario, a city west of Toronto and part of the Greater Toronto Area.

In February, several publicly traded marijuana firms — including some licensed producers as well — confirmed deals with winners of the Ontario retail lottery to determine the first 25 stores in the province.

These agreements vary in scope but allow these companies, to an extent, to participate in the setup of the designated stores.

“It was no secret that deals were being tabled in the week that our retail operators had to complete their retail operator license application,” Brenna Boonstra, director of quality and regulatory consulting for Cannabis Compliance, previously told INN.