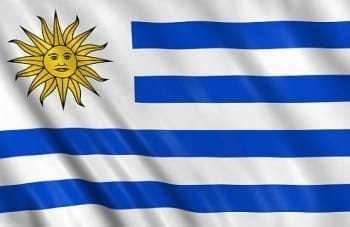 The company will be able to sell psychoactive cannabis for non-medical use in pharmacies beginning July 19.

For Canadian cannabis companies, the industry offers plenty of international opportunities, and for as such the International Cannabis (TSXV:ICC) the story is no different; as such, the company announced on Monday (July 17), that it has been approved for the sale of recreational cannabis in Uruguay.
The actual product will be sold through the country’s approved network of sales, with only two non-medical products for adult-use available, sealed in 5-gram packaging with a $6.50 cost per unit.
In the company’s press release, ICC shared a report from the Institute of Regulation and Control of Cannabis (IRCCA), stating the company would be able to begin the sale of “psychoactive cannabis for non-medical use in pharmacies” by July 19.

Restrictions for the recreational cannabis market in Uruguay

Uruguay has taken significant steps forward when it comes to the legalization of cannabis and has served as a test base model for other markets to use as part of their own legalization path.
In April of this year, it became legal in Uruguay for consumers to buy cannabis in pharmacies. However, there is a vigorous regulation system for consumers to go through in order to legally obtain the product. According to CNBC, there is a national registry for only local residents to apply, and a monthly maximum of 40 gram per person.
“[V]endors can only sell the drug in 5-gram containers, although 10-gram containers are expected to be introduced later,” CNBC reported
Alejandro Antalich, CEO of ICC said the company would continue the construction of a CBD extraction laboratory in Uruguay, the project currently has an intended April 2018 date for its launch.

ICC has a 70,000 square foot greenhouse, entirely dedicated to the production of adult-use cannabis and it plans to increase the production of CBD dried flower to approximately 160 tons per year.
Recent market research from analyst Neal Gilmer at Mackie Research Capital indicated the company had a worthwhile return thanks to the potential of its expansion in the South American market. Gilmer stamped ICC with a “Tentative Buy” for his report in December of 2016.
At the close of trading on Monday, the company’s share price had increased 2.7 percent over a one-day trading period to reach $1.14. Year-to-date, shares of ICC are up 17.53 percent.
Don’t forget to follow us @INN_LifeScience and @INN_Cannabis for real-time news updates.
Securities Disclosure: I, Bryan Mc Govern, hold no direct investment interest in any company mentioned in this article.