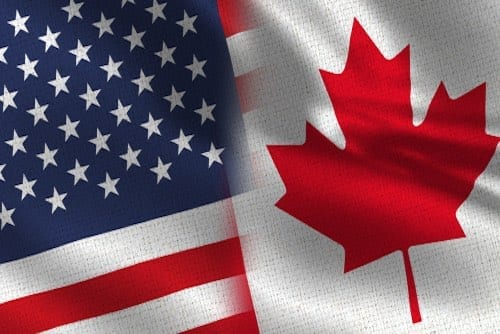 US multi-state operator Green Growth Brands has launched a public bid for Canadian LP Aphria, which has a C$1.8-billion market cap.

In a stunning move, a US cannabis multi-state operator has launched a takeover bid for Canadian licensed producer (LP) Aphria (NYSE:APHA,TSX:APHA).

Peter Horvath, CEO of GGB, said the two companies combined will accelerate the growth strategies for the Canadian, US and international markets.

GGB’s offer for Aphria gives a 45.5-percent premium on the company’s closing price on the TSX on Monday (December 24). The deal is valued at C$11 per Aphria share, with shareholders receiving 1.5714 common shares of GGB for each Aphria share they own.

According to the US operator, the offer values Aphria at approximately C$2.8 billion.

“We are confident that the significant premium we are offering and the opportunity to participate in the growth of a stronger, combined company are so compelling that we are taking our offer directly to Aphria’s shareholders,” Horvath said.

Additionally, GGB announced it will “complete a concurrent brokered financing of C$300 million” to fund the combined new entity if the deal goes through.

The US company said it had previously engaged with Aphria’s board before making its bid public. GGB also believes it already has support from close to 10 percent of Aphria shareholders.

Aphria did not immediately respond to a request for comment from the Investing News Network (INN).

Aphria faces backlash and lack of investor confidence due to shorts

Earlier this month, Aphria was the target of a short seller report by Quintessential Capital Management and Hindenburg Research. It called into question its acquisition of the Latin American assets of Sol Global Investments (CSE:SOL), formerly known as Scythian Biosciences.

Debate about the status of certain Sol executives with regard to Aphria, and questions on whether or not the deals were arm’s-length for Aphria from a corporate point of view, have continued since then.

The report caused the stock to drop as Aphria failed to respond directly to the attack, and cannabis analysts wavered in their sentiment for the stock.

“We believe that management’s credibility may have been impacted by the allegations raised in this report. It is unclear at this point how the company will re-establish trust with investors,” Martin Landry, an analyst for GMP, wrote in a note to investors.

Some time after the short seller report, Scotiabank issued a note to investors backing the controversial acquisitions.

“These transactions indicate to us that Aphria’s purchase price of $193M for Colombia, Argentina, and Jamaica is, at the very least, rational and perhaps even relatively inexpensive,” states the report from the Canadian bank.

Aphria has not yet issued an official rebuttal to all the issues raised by the short seller report.

“We are committed to protecting our shareholders and restoring market confidence by confirming all the facts through an independent process to rebut innuendo and deception,” Vic Neufeld, CEO of Aphria, said in a statement confirming the creation of an independent review board for the Latin American deal.

GGB acknowledged the recent shortfalls Aphria has faced, but added that investors should give in to its takeover bid due to its premium offer, the investment potential of the new venture and the possibility of “further downward share price impact” if the offer is turned down.

Aphria has been hunting for a major deal

While other Canadian LPs have leveraged partnerships with established industry players such as alcohol producers, tobacco makers or pharma companies, Aphria hasn’t been able to secure a similar partnership.

Aphria has been courting deals all throughout 2018, with rumours circulating it could partner up with tobacco company Altria Group (NYSE:MO) or a large beverage maker. Altria ended up vying for an option with LP Cronos Group (NASDAQ:CRON,TSX:CRON).

The GGB offer represents a different type of deal than what Aphria holders had perhaps expected or envisioned.

If the combination between the two is finalized, it’s unclear what the status of its legality per cannabis law will be, as Aphria has shed all its interest in the US cannabis market to maintain its TSX listing.

GGB has indicated to shareholders that it expects following the offering to continue listing on the Canadian Securities Exchange.

GGB holds Canadian strategy, but is more focused on US market

In an interview with INN earlier this month, Horvath said GGB plans to apply for retail applications in Ontario to set up a Canadian presence.

“The first step is we could find a dozen great locations and begin doing business in Ontario; that would be a terrific outcome. And then see how performance [is] and then expand from there,” Horvath said.

However, when asked how high on his list of priorities the Ontario and overall Canadian cannabis market are, Horvath said they aren’t the biggest priority for GGB.

If its Aphria offering goes through, the company would gain immediate access to the Canadian adult-use and medical cannabis markets.

Unlike other Canadian LPs, Aphria has not publicly disclosed intentions to set up retail shops in Canada.

Shares of Aphria in Toronto were halted from trading at 4:01 p.m. EST, according to the Investment Industry Regulatory Organization of Canada (IIROC).

However, during after-hours trading in New York shares of Aphria jumped over 20 percent following the GGB takeover announcement.

GGB closed Thursday’s trading session with an increase of 17.18 percent to reach C$4.98.