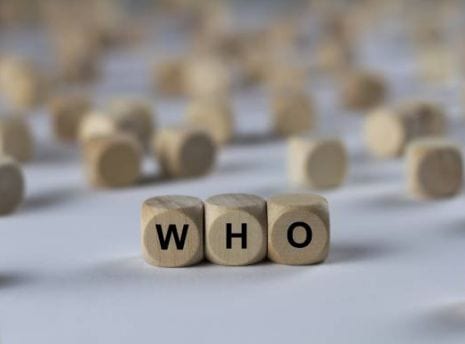 The request from the World Health Organization is part of a larger effort by the group on potential changes to marijuana designations.

The arbiter of medical regulations in the US is asking for public input on the international drug scheduling of marijuana following a request from the World Health Organization (WHO).

The US Food and Drug Administration (FDA) launched an initiative online on Monday (April 9) encouraging feedback on the status of cannabis, its medical benefits and potential abuse risks following a WHO request.

According to the US federal agency, the feedback on cannabis will be used to prepare a response for the WHO about abuse liability and diversion of the researched drugs. The FDA indicated in the document that it will accept comments until April 23.

At the time of publication, the request has received 959 comments. The three highlighted comments on the web page all support the removal of cannabis as a controlled substance.

“End the silly and outdated policy of restricting [cannabis]” one of the comments indicated. One commentator named Jim Barry, 45, said cannabis has helped him deal with bipolar and depression syndromes.

WHO on path to investigate medical benefits of cannabis

The actual call for comment from the agency is related to the “abuse potential, actual abuse, medical usefulness, trafficking, and impact of scheduling changes on availability for medical use of five drug substances,” according to the document.

The FDA document alleges WHO will hold a special committee meeting in order to review the standing of the mentioned substances later this year during the 40th Expert Committee on Drug Dependence (ECDD).

The document notes in a previous meeting that WHO acknowledged the increase in cannabis use for medical purposes among patients, as well as for therapeutic use.

The organization noted that the categories of information for evaluating substances in pre-reviews are identical to those used in critical reviews and that the pre-review is a preliminary analysis, and findings should not determine whether the control status of a substance should be changed.

The Committee also noted an increase in the use of cannabis and its components for medical purposes and the emergence of new cannabis-related pharmaceutical preparations for therapeutic use.

Given the current state of cannabis as a controlled Schedule I substance under the Controlled Substances Act (CSA). Effectively placing cannabis as an illegal substance on a federal level in the U.S. Despite this, several states have changed their laws, legalizing marijuana.

As research for CBD and other cannabis compounds increases a clash of policy and reality takes place in the US, organizations have started studies to develop the potential of the federally illegal drug.

In the FDA document, it is acknowledged “CBD-containing products are in human clinical testing in several therapeutic areas.” However, none of these products have marketing approval from the agency.

Despite the federal agency’s request for comments on cannabis, the U.S. Department of Health and Human Services (HHS) said it will not provide any recommendations on the “status of international control” for cannabis, or the other related substances.

“Instead, HHS will defer such consideration until WHO has made official recommendations to the Commission on Narcotic Drugs, which are expected to be made in mid-2018,” the document from the FDA indicated.

Last year deputy commissioner for policy, planning, legislation, and analysis for the FDA Anna K. Abram sent a notice requesting comments on the benefits of CBD alongside other substances. “CBD has been shown to be beneficial in experimental models of several neurological disorders, including those of seizure and epilepsy,” the document indicated.

Despite the intentions behind this request relating to WHO, it is still important to note the worldwide changes in cannabis outlook and policy are catching up with medical agencies.

Investors should be aware of the potential for any changes in the status of cannabis-based on recommendations from an international medical agency.