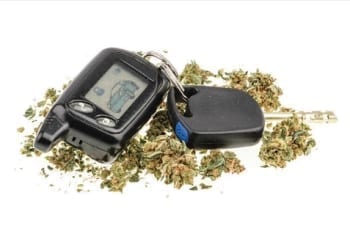 A new preliminary research report from the Canadians for Fair Access to Medical Marijuana group shows that under current laws, medical cannabis users could face impaired driving charges through a method which doesn’t accurately test them.

A preliminary research report released June 27 from the Canadians for Fair Access to Medical Marijuana (CFAM) group shows that under current laws, medical cannabis users could face impaired driving charges through a method which doesn’t accurately test them.
Co-authored by Jonathan Zaid, founder and executive director of CFAM and Jenna Valleriani, a PhD candidate at the University of Waterloo, the report highlights the need to differentiate from recreational passive users to medical users to accurately test impaired driving by authorities.
“Failing to consider medical users as a distinct group in developing policy may lead to the unfair criminalization of this population,” the report stated.


Give me my free report!
A Canadian Drug Policy Coalition (CDPC) report published in March found the detection of cannabis-related impaired driving was unclear at the time of testing to accurately differentiate medical use.

Blood concentration of cannabis has been reliably linked to impaired driving capacity, allowing physiological measurement to be used as a proxy for functional impairment; a threshold level of a THC concentration of 7-10 ng/mL in serum in blood appears to indicate driving impairment, however it is difficult to interpret so as to generate a precise comparison to the per se level set for alcohol.

Zaid told the Investing News Network (INN) that, thanks to the work at CFAM, he has been able to meet with countless patients who have expressed concerns regarding the upcoming legalization bill in Canada. He said because of the way impaired driving tests are conducted in regards to cannabis, medical patients don’t end up being well represented in the law, which he adds is in desperate need of an update.
“We don’t want to see anybody driving impaired or any kind of unsafe driving, but at the same time, we want to see a way that would consider the evidence that does or does not exist,” Zaid said.
With that in mind, INN had the opportunity to talk with Zaid about the preliminary report, any potential suggestions to the federal government of Canada and the methodology of CFAM’s research. The transcript of this interview has been edited for clarity and brevity. Read on below to find out what Zaid had to say.


Give me my free report!
INN: What is the main finding of your research?
Jonathan Zaid: The research was one of the first reviews to look at medical cannabis and driving as it relates to the impairment caused by cannabis. Within the context of medical use, there are certain considerations such as both administration and the education patients receive from physicians that differ in how impairment may actually exist in the real world. We looked at these considerations as well as policy and other jurisdictions and found that there’s a lack of evidence related to medical cannabis specific impairment.

INN: The report talks about the need almost for new vocabulary, almost, when it comes to impaired driving related to medical cannabis.
JZ: The terminology we use is very important. When speaking of impairment in the report, we define [it] as a function–such as psychomotor or a clog in the functions–necessary for one to safely drive. This means if you consume a drug and your reaction times are slower or you’re not able to do so safely, then that’s impaired driving by a drug, versus considering the proposed legislation by the government. They are looking at levels of Tetrahydrocannabinol (THC) within the blood and we found [that’s] not necessarily a sign of impairment, that’s a sign of the recent use of cannabis.
INN: Why do you think that’s the way legislation plans on regulating impaired driving in terms of medical cannabis if it’s inefficient?
JZ: In terms of the government’s plan we looked at the different aspects of it. [We] found that based on a two nanogram cutoff THC, patients would need to wait between three to seven days before driving in order to not exceed that level of THC [in] their system. What this means is, even though patients are responsibly using cannabis, listening to the guidelines given by their doctors to not drive while impaired, waiting a safe amount of time before driving after any consumption of cannabis … they would still possibly be charged under the [illegal]  limits that are not related to impairment, but just simply [having] a presence of THC within the body.
INN: Is your organization in a place to propose any recommendations or alterations to the government’s current policy?
JZ: At this time we just conducted preliminary research review to get an understanding of the topic. We’re going to use this opportunity to have an open and informed based conversation about cannabis and impaired driving as it relates to the medical use, which is something that I think a lot of people don’t necessarily consider. At this time we don’t have policy recommendations but in the Fall we do hope to release some recommendations that will hopefully allow for patients who are using cannabis responsibly to be able to drive when not impaired. What that means is that when someone isn’t impaired by their use of cannabis they shouldn’t be subject to criminal sanctions that target THC within the system.


Give me my free report!
INN: Based on all the information you’re telling me, it sometimes feels as though despite this rush for full cannabis legalization, a policy–and at times a cultural shift– hasn’t really taken place throughout every level of government.
JZ: Exactly. The report looked at those potential implications and the evidence-based behind it. Part of this is we need [need to do] more research specific to medical cannabis use and how it impairs or does not impair a driver. Almost all of the research looks at the risk associated with occasional recreational use; it’s not looking at a regular daily consumer of medical cannabis, which is much different than someone who may just use it once in awhile–there’s a different dosing and a different tolerance. There are many potential implications that make impairment by medical cannabis different, so that needs to be further explored.

INN: Have you had the opportunity to evaluate or look at cannabis breathalyzers that some companies have been working on? Do you think these could provide an ideal option to better recognize patients?
JZ: The report explored briefly about oral swab testing as well as blood testing, it didn’t review any of the devices that are in development right now like the breathalyzer that you mention, but again all of these kinds of tests are [set] to test THC in one system and possibly how much THC is in one system. Even if they are accurate, we still don’t have the linkage to what THC in one system means in terms of impairment. With alcohol and blood-alcohol content [there] is a very well established correlation between blood alcohol content and impairment versus THC which is highly variable from person to person. Even if we have a very accurate device that tests how much THC is within one system we still need to be able to have scientific evidence to then link that to an impairment.
INN: So essentially THC was made the equivalent of alcohol blood levels for cannabis users, but that’s really not the proper representation of impaired driving?
JZ: Yeah exactly so I mean it would be great to use that system with cannabis if it was equally as accurate but it’s not, at least at this point we don’t have the evidence to support in the same way we do with alcohol. The Government of Canada has a precautionary principle when approaching policy, where even if there is no the evidence they would rather take the precautionary approach. The difficulty when we talk about patients using it is the precautionary approach could potentially limit their ability to use the medicine at any point even though they may not be impaired. There are implications on the medical cannabis perspective that really need to be talked a lot more.
INN: Thank you for your time Jonathan.
Don’t forget to follow us @INN_LifeScience for real-time news updates!
Securities Disclosure: I, Bryan Mc Govern, hold no direct investment interest in any company mentioned in this article.
Editorial Disclosure: The Investing News Network does not guarantee the accuracy or thoroughness of the information reported in contributed article. The opinions expressed in these interviews do not reflect the opinions of the Investing News Network and do not constitute investment advice. All readers are encouraged to perform their own due diligence.