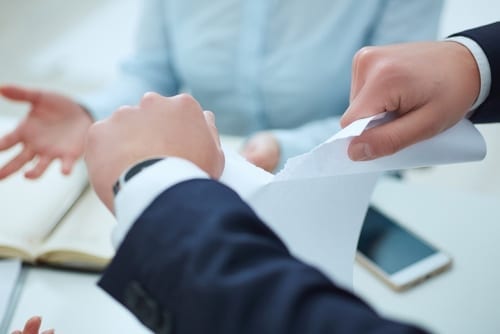 Aleafia Health informed the market on Tuesday that it will cancel a deal established between its subsidiary, Emblem, and Aphria.

The relationship between two Canadian licensed producers (LPs) soured on Tuesday (October 8) after a cannabis supply agreement was dropped.

At the market’s opening, Aleafia Health (TSX:ALEF,OTCQX:ALEAF) informed shareholders it is scrapping a five year deal for up to 175,000 kilograms of cannabis products between Emblem, an Aleafia subsidiary that was once a publicly traded marijuana firm, and Aphria (NYSE:APHA,TSX:APHA).

In a statement, Aphria expressed disappointment with its fellow Canadian LP for the canceled transaction. The cannabis producer, which is valued at nearly C$2 billion, said it intended to fulfill its side.

“As a large shareholder of Aleafia, Aphria made good faith efforts to ensure continuation of the Agreement understanding it was in the best interest of all parties involved,” Aphria said.

The larger producer stated that this change has now opened up “significant supply” to service its own brands, instead of selling to a fellow producer.

Aleafia completed an all-share acquisition worth C$173.2 million for Emblem in March. At the time of the acquisition, Aleafia CEO Geoffrey Benic praised Emblem for holding “highly coveted supply agreements,” which he said would complement his own company’s operations.

Shares of Aphria and Aleafia declined in value on Tuesday by 1.68 percent and 1.18 percent, respectively. Aphria closed the trading session at a price of C$7.03, while Aleafia finished at C$0.84

Aphria and Emblem originally signed the supply agreement in September 2018. The deal would have given Aphria the responsibility of delivering 25,000 kilograms of cannabis products during the first year of the agreed-upon five year transaction.

Aleafia indicated that Aphria failed to meet its “supply obligations” under the overall agreement.

As part of the original deal, Aphria was awarded a non-refundable deposit of C$22.8 million, split between nearly 7 million shares of Emblem and C$12.8 million in cash.

At the time, Gregg Battersby, vice president of commercial strategy at Aphria, said the firm would be able to complete the terms of the deal thanks to its increasing capacity. The executive had projected Aphria would reach 255,000 kilograms of capable production in early 2019.

“We are pleased to be able to support Emblem with a supply of high-quality cannabis grown in our Leamington greenhouses, while securing healthy revenue and margins for Aphria over the next five years,” Battersby said in the original confirmation for the deal.

Aphria indicated that the cannabis deliverables would ramp each year, with the first year of the deal, May 1, 2019 to April 30, 2020; as mentioned, this first year would require the supply of 25,000 kilograms.

The amount of product would grow per year by 5,000 kilograms per term.

According to Aleafia, its own operations will not be impacted by the termination of this significant supply agreement between Emblem and Aphria.

On Monday (October 7), Aleafia confirmed it has completed the buildout for a second phase expansion at a facility in Paris, Ontario. This expanded facility, sized at 30,000 square feet and running under the Emblem umbrella, will submit its final evidence package to Canadian regulators in October.

The facility is designed to serve the interests of Aleafia, with extraction services for products in the health and wellness segments. It will be capable of producing 115,000 kilograms of dried flower equivalent by way of extraction capacity.

Benjamin Ferdinand, CFO of Aleafia Health, previously told the Investing News Network that his firm was looking to take advantage of recent misses from fellow cannabis producers such as CannTrust Holdings (NYSE:CTST,TSX:TRST).

“We’re able to very quickly take advantage of opportunities in the market,” Ferdinand said after Aleafia announced it had seen a recent uptick in its medical cannabis patient count.

CannTrust was forced to stop supplying its patient base after irregularities were found at its operations out of Pelham, Ontario. Health Canada has since issued a suspension to the producer’s marijuana production operations. 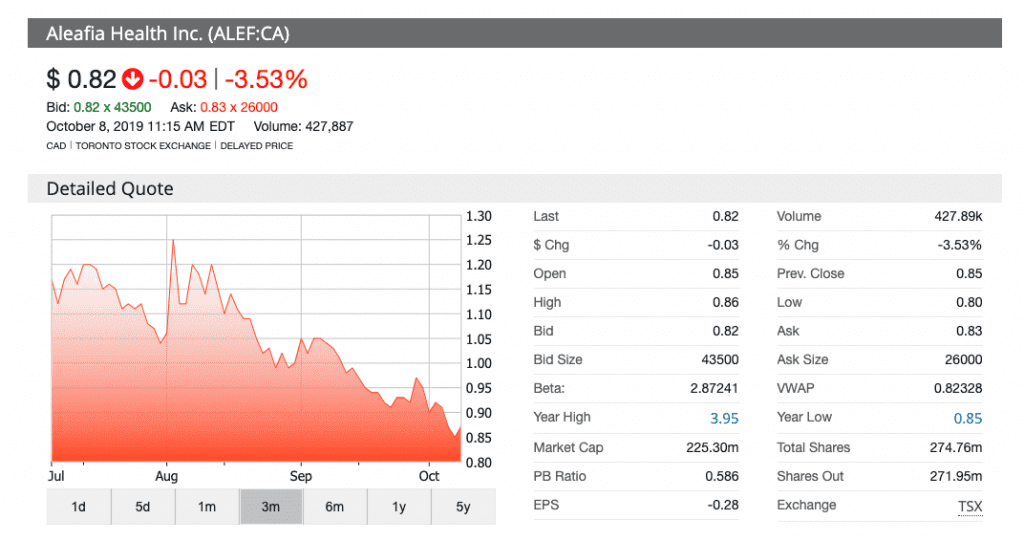